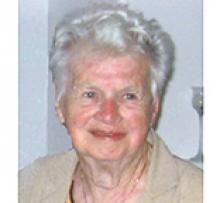 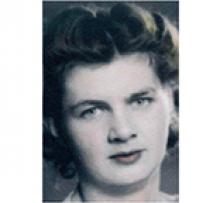 
Donalda Mae McPhail was born Donalda Mae Baille on June 13, 1918, in Elrose, Saskatchewan. She was the only child of Walter and Isabel Baillie, whom homesteaded in Tuberose, Saskatchewan. She had the stories about walking a mile or two to the one room schoolhouse or catching a ride with someone in a horse-drawn wagon or sleigh, church Christmas pageants and picnics, sitting and turning the crank of the ice cream bucket or butter churn.
One winter her dad decided to take a road trip to California, so they packed up their 1928 Ford and hit the bumpy roads, country sides and beaches and had an orange picked right off the tree (oranges were a big treat in those days). In the "Dirty Thirties", her parents sold the farm and moved to Nanaimo, BC, where they ran a boarding house. More stories there.
It is in Nanaimo where she met her first husband Fred who was stationed there. He was still in service when they married in 1942 and she came to Winnipeg on her own. It was here that she learned about pierogis, cabbage rolls and kielbasa, especially when she joined the Transcona Ladies Auxiliary, and she even learned to make them. She was also secretary of the Auxiliary for 21 years. After Fred's death in 1984 she took time to travel and enjoyed two trips to her ancestral home country of Scotland and bus tours into the States.
She was a great reader and always planned to write a book, but sadly that didn't happen. As her vision failed, she enjoyed talking books from CNIB. She never complained about any of her difficulties as she aged because she felt there were others suffering much more. When she was still able to walk through the different gardens she once said, "How could one not believe in a creator when walking through a flower garden". If there is a heaven, she will be waiting for us in the garden.
She was predeceased by her husband Fred in 1984; her son Angus in 1976; grandson Walter in 1975; son-in-law Marcel in 1998; and daughter-in-law Shirley in 2003. She is survived by daughters, Carol and Kathy; son Ken (Vivian); along with four grandchildren; and five great-grandchildren.
The family would like to thank her home care nurses and comfort care nurses at Health Sciences Centre.
As per her wishes, there will be no service. She will be laid to rest in a private family memorial at a later date.
In lieu of flowers, donations can be made to the CNIB or a charity of your choice.