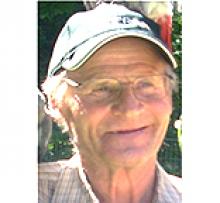 At the age of 75, Ed passed away at Selkirk Regional Health Centre.
He leaves his wife of 45 years, Elsie (Wilgosh) Rojeski, his daughters, Evelyn (Mark) Krahn and Cheryl (Tim) Lee, grandsons, Carson, Spencer, Hudson and Gavin; his sister Elizabeth Nieman, brother-in-law Leonard (Bernice) Wilgosh, sister-in-law Jean (Ed) Mathurin, brother-in-law Richard (Emily) Wilgosh, nephews, nieces, and many cousins. He was predeceased by his father Frank Rojeski, his mother Millie Rojeski, and his sister Mary Anne Rojeski.
He was born on October 18, 1944 in Gimli, Manitoba. He dedicated most of his life to his family farm. Ed was a passionate farmer and worked diligently to sustain his farm with Elsie, who stood by his side in all that he did. He had a strong work ethic and never gave up on what he believed in. He fulfilled his dream of moving to Lake Country, British Columbia. He spent four years tending to his fruit trees and enjoying his Okanogan mountain and lake views. As his health deteriorated, he knew it was time for him and Elsie to return to their family in Manitoba. He spent his last two years enjoying the serenity of the house they built in Selkirk, Manitoba. He was continually proud of his daughters and had a great love for his four grandsons who will carry a piece of him as they grow.
A private celebration of Ed's life will be held.
We wish to give a heartfelt thank you to Dr. Jonathan Brown.