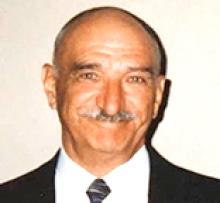 
Peacefully on January 18, 2020, Ken passed away at the age of 91.
He was predeceased by his beloved wife Doreen Catton in January 1999.
He is survived by his son Dean Catton; daughter Wendy Huppe; grandchildren, Sean Catton, Lisa Hart, Devin Catton, Dorian Catton and Harley Catton; as well as great-grandchildren and great-great-grand-children.
Ken was born in Winnipeg and spent his entire life there, except for 10 years in Dauphin, Manitoba. There he worked as a travelling salesman, taking him all over Manitoba, Saskatchewan and southwest Ontario. He worked for several companies before starting his own business in the early 1970s. One job he cherished most was representing Railway and Power Engineer Corporation. Calling on potash and other mines, as well as industrial accounts. He also worked in their aeronautical and defense division. Ken's business was taken over on his retirement by his son Dean, who greatly expanded the enterprise. Presently three grandchildren are thriving in the operations of Ken's company.
One of Ken's passions was aircraft and glider flying. Ken's flight training was in the R.C.A.F. In his 40 years of flying he owned three aircrafts and a glider. Ken was very proud of writing, and passing his Mensa papers in 1993. In retirement Ken enjoyed his many toys.
At Ken's request there will be no funeral service. A private family interment will take place at Glen Lawn Memorial Gardens, 455 Lagimodiere Blvd., Winnipeg, Manitoba.
The family requests, in lieu of flowers, donations to your favourite charity would be welcome.