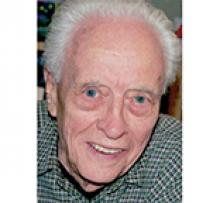 It is with broken hearts, that we announce the passing of Cecil Crawford Cox, on January 31, 2020, with his family by his side.
Cecil was born on the family farm near Minitonas to Archie and Caroline Cox on February 8, 1930. After graduating from high school, he taught for one year on permit in a one room country schoolhouse. Finding that to his liking, he went to Normal School, graduating with the Class of 1950. He taught for three years in Shoal Lake and then another three years in Minnedosa. Cecil was a strong believer in the importance of education. He returned to school and graduated with a Bachelor of Science degree from the University of Manitoba and later a Bachelor of Education.
After graduating, Cecil accepted a position at Carberry Collegiate, where he met the love of his life, Sharon. They married on December 22, 1962. They settled in Neepawa in July of 1964, when Cecil became the Principal of Neepawa Collegiate. It was there that they raised their family. In 1969, he was appointed the Superintendent of Beautiful Plains School Division, where he remained for 20 years, retiring in 1989. He was affectionately known by his colleagues as "the Silver Fox".
Cecil was always very involved in the Neepawa community. He was a committed member of the Lions Club and dedicated many hours to service. He spent six years on Neepawa Town Council and was involved in numerous community committees. He was especially proud of his twenty-six years as Treasurer of the Neepawa and District
Disabled Persons Association.
Cecil loved sports of all kinds. He played baseball, curled, golfed and bowled. He coached hockey, even though he never learned to skate. He umpired baseball and refereed high school football and basketball games. He was on the organizing committee for the Manitoba Summer Games. He was a Blue Bomber season ticket holder for over 25 years. He also loved watching curling. Cecil and Sharon attended several Grey Cup games and major curling events. They often planned their trips to Ontario to visit Janice and her family around Blue Jays home games.
Above all, Cecil was an exceptional husband, father and "grandpa" who always put his family first. He was kind, compassionate, and endlessly generous. He will be dearly missed by his wife Sharon, his children, Leigh, Janice (Kent Roach) and Graham (Toni Head) and his grandchildren, Erin and Carey Roach and Aidan and Sydney Cox.
Cecil was predeceased by his parents, Caroline and Archie, his siblings, Gordon, Anita and Alvin, and his son-in-law Allen Werstiuk.
Cecil wished to be cremated. There will be a family graveside ceremony at Riverside Cemetery, Neepawa, at a later date.
Donations in Cecil's memory may be made to Winnipeg Harvest, 1085 Winnipeg Avenue, Winnipeg, Manitoba, R3E 0S2.