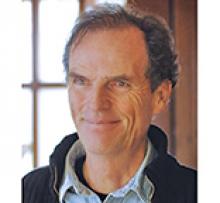 Always will be.
Meanwhile, we wish him good rest.
And much love.
And many thanks for all he gave to so many.

Jake will be deeply missed and lovingly remembered by his partner Petra Kaufmann and her children, Rory, Lily, Theo and Julia; his daughter Caitlin MacDonald and her husband Alex Nisbet; also Wendy MacDonald, Dawne McCance, Sally and Bert Longstaffe, Danny and Deb MacDonald, Peter and Sherry MacDonald, Mary-Kate and John Harvie, and all of their children to whom he was very close.
A memorial service will be held today, Saturday, February 8 at 3:00 p.m., at the Fort Garry Hotel, Winnipeg.
In lieu of flowers, donations would be gratefully accepted at: Jake MacDonald Writers Fund at the University of Winnipeg Foundation, or by phone at (204) 786-9995; or Fraser River Sturgeon Conservation Society at www.frasersturgeon.com; or FortWhyte Alive at www.fortwhyte.org/donate.
Publish Date: Feb 8, 2020


Suddenly on January 30, 2020, while on vacation in Mexico, Jake MacDonald succumbed to injuries sustained from a fall.
A memorial service will be held on February 8 at 3:00 p.m., at the Fort Garry Hotel, Winnipeg. Attendees are invited to bring two unframed copies of their favourite photo of Jake for a family photo album.
Longer obituary to follow.
Publish Date: Feb 4, 2020