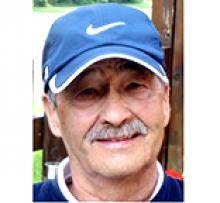 In his 82nd year, Dewey passed away peacefully on January 30, 2020, with his partner, Shannon, by his side.
Dewey was predeceased by his wife, Pat; parents, Mabel and Arthur; sisters, Shannon and Marliss; brothers, Ronald and Bob. He will be lovingly remembered by his son, Ryan; and grandchildren, Elise and Joshua.
Dewey was raised in Prince Albert, and later moved to Ottawa, where he was employed with CNR. He subsequently became a union representative, and thus began a new career in labour relations. In the early 1980s, Dewey and family relocated to Winnipeg when he accepted a Conciliation Officer position with the Manitoba Department of Labour. His skills, interspersed with his charm and wit, were instrumental in the successful conclusion of many collective agreements. After his retirement, Dewey continued to take on contract work, and had wide credibility within the labour relations community in Manitoba.
Dewey was an avid golfer and long standing member of the former Southwood Golf Club. He was part of the hole-in-one fraternity, having sunk a couple of aces. He loved woodworking in his garage, which he converted to a workshop. He meticulously crafted birdhouses and clocks that were given to friends as gifts. Dewey was also a member of the Fraternal Order Of Eagles in St. Norbert, where he spent many hours in friendship, playing cards and at the pool table. Morning coffee with the guys at the Pembina Highway Dairy Queen was an almost daily event for several years. Dewey will be missed by many people who had the privilege of knowing him.
A gathering to celebrate Dewey's life will be held at a later date.
In lieu of flowers, a donation may be made to a charity of one's choice.