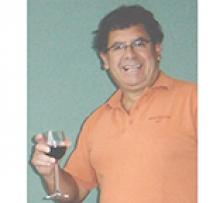 Late on January 26, 2020, Eduardo Patricio (Tico) Cornejo passed away suddenly in Puerto Vallarta, Mexico, one of many places he called home.
He will be sadly missed by his wife of 27 years, Karen, their children, Julia and Paulo, his daughters, Valentina (Marc) and Paz-Andrea (José), grandson Mateo, and siblings in Chile, Ximena, Jorge, Jano, Maria Victoria and their families.
Tico was born March 1, 1953, in San Fernando, Chile, to Maria Victoria and Feliciano Segundo. As a child, he loved spending time at his grandparent's farm, playing soccer, gymnastics, guitar and sharing dreams with friends. He earned a degree in Agriculture from Universidad Técnica del Estado in Santiago.
At the age of 20, while Tico was working in support of the Allende government, a dark time in the history of Chile began. During the Chilean coup d'état, he was detained as a political prisoner for over two years. When not being tortured, he found solace in reading, playing chess and writing poetry. Tico received asylum from Canada and came to Winnipeg in 1976 with the shirt on his back and knowing very little English. He slowly built a life for himself in Canada.
Tico enjoyed being a father, especially camping with his daughters. He spent many nights playing music at Al Café; a place where many Chilean immigrants found community. This is when Tico's love for music and embellished storytelling came to life. He was often found singing with a guitar or pan flute in hand and a smile on his face. During this time, Tico was working the loading docks at the Manitoba Liquor Control Commission and later held roles in the Purchasing Department. This is where he met Karen as they connected over their love of running, which led him to another passion: coaching.
Tico ran several marathons and coached Track and Field at the University of Manitoba for over 10 years, where his loud, booming voice echoed throughout field house "You Gotta Go!". He was known for his legendary speeches, endless support and giving life advice to his athletes.
In 1999, Tico left the MLCC to open Pembina Fine Wines, which was later renamed The Winehouse. Tico travelled the world with his staff, sharing his passion for wine and love of life with many.
He adored being a soccer and hockey dad to Julia and Paulo. As a family, Tico, Karen, Julia and Paulo shared countless memorable times with friends and family at Lake of the Woods, in Puerto Vallarta and on their annual ski trips to Big Sky, Montana.
Tico was larger than life. He made every person he met feel special and wasn't shy to speak his mind. He touched so many lives with his kind words, sage advice, generosity, loud laugh and misunderstood punch lines. Tico, we love you and miss you.
A Celebration of Life will take place in Winnipeg on March 1, 2020. For details and to RSVP, please visit www.ticocornejo.com.
In lieu of flowers, please consider a donation to The Children's Hospital Foundation of Manitoba at www.goodbear.ca.