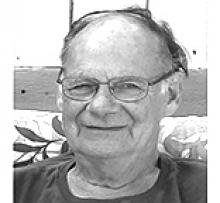 
It is with deep sorrow the family of John David Henry announce his sudden passing on February 9, 2020.
John was born January 13, 1943 in Portage, Manitoba. He was always a family man, first as the second child of nine, then as a dedicated and loving father to his three children and a beloved papa to his four grandsons and his only granddaughter.
John spent his younger years working with his wife at their business, Henry Foods. He enjoyed curling and spending weekends at the cabin. He enjoyed his retirement years catching up on all his TV shows in between watching his grandkids' hockey games. He always enjoyed friends stopping in for a cold one.
John leaves behind his beloved wife of 47 years, Audrey, his three children, Amanda (Robby), Misty (Geoff) and James (Melissa), his four grandsons, Braeden, Ethan, Cason and Levi, and his granddaughter Kennedy.
Also left to mourn are his brothers and sisters, Wayne, Pat (Larry), Brian (Debbie), Sharon (Keith), Charlene (Doug), Rodney (Donna) and Stewart (Keri), brothers and sisters-in-law; Kris (Gina), (Bev), Colleen (Garry), Clayton (Donna), Myles (Lynn), Pat (Archie), Pam (Billy), Carole, Cheryl, Bodie (Marilyn), and numerous nieces, nephews, and many close friends.
John was predeceased by his loving mother Helen and father Gordon, his father and mother-in-law, Kristjan and Gudlaug Johnson, his sister Margaret, his brothers-in-law, Halli and Ken, and his sisters-in-law, Pat and Wendy.
In accordance with John's wishes, no services will be held.
In lieu of flowers, a donation can be made in John's memory to the Royal Canadian Legion.