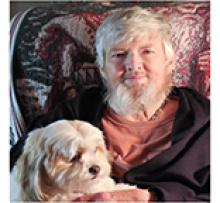 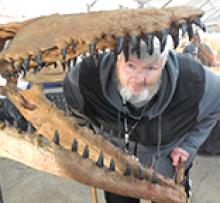 On February 8, 2020, a truly special man left us, ending his standoff against a very rare and insidious cancer.
Alan is survived by wife Judith Dedrick-Williams, children, Debra-Anne, Helen (Lee) Shields and Alan Jr., grandchildren, Jamila and Sam, foster son Les Taylor, siblings, Terry (Mary Ellen), Penny Levacque and Christine (Tony) Hayhurst, nieces and nephews, and special friends, Roy and Lynn Norton.
Alan was predeceased by parents, Rod and Rita Williams.
Alan had an amazing zeal for life, living it to its fullest. In the 1970s, he spent 14 months working his way across Europe, before returning to Winnipeg, becoming a zookeeper at Assiniboine Park Zoo, and marrying Judith. His life-long passion was rockhounding. In 1975, he opened The Happy Rock Shoppe. He also organized rockhounding bus trips to Montana, was Show Chairman for the Winnipeg Rock and Mineral Club shows, became an honorary member of The Rock of Ages Club, and gave talks in schools. When they moved to Teulon, Alan remained an active rockhound, operating Rockwood Gem & Gift. For 30 years he served as Site Manager of Gimli's Icelandic Festival, and also participated in shows such as The Body, Mind and Spirit Show. Since Alan possessed a vast knowledge of crystals and gems, people came back year after year to learn from him. In later years, Alan and Judy enjoyed winter trips to Arizona, to visit friends and to attend Tucson's Gem Shows, finding new treasures to share.
Alan was a multi-talented man, who designed and built homes for his family in Charleswood and on acreage, north of Teulon. He enjoyed creating unique homes. When ill health forced a move into Teulon, he found a beautiful lot and commissioned a ready to move home that would accommodate his needs.
Alan had a nurturing spirit, and enjoyed working with young people, During the 1990s, he and Judith became foster parents to over 100 teenagers. They also hosted students from Hong Kong.
Alan genuinely liked people, trying to help when he could. In return, friends aided him when his health failed. Thanks to Glenn Marmonier, Barbara Mankewich, Patrick Dyrda and Ron Zinkowski for helping Judith to fulfill Alan's wish to die at home. A heartfelt thanks to Jill Young for her compassionate attitude, and for helping in so many ways, so often. Thanks to the staff, nurses and aides of Teulon Home Care, to Christine Skakum and Dr. Graham of Palliative Care, and to Dr. Zahiri.
In accordance with Alan's wishes, there will be no service.
In lieu of flowers, please donate to the causes dear to Alan: shelters for homeless people or animals - Main Street Project, Bear Clan Patrol, Sash-Mar Paws, or Gimli Humane Society.

Some pursue happiness.
Alan chose to create it for others.
He will live on forever in so many hearts.