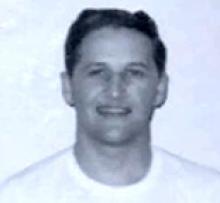 Peacefully our beloved father, grandfather and uncle passed away at Carman Hospital, at the age of 76.
Terry was predeceased by his loving wife of 40 years, Joan; parents, Kathleen and Malcolm; mother-in-law and father-in-law, Elsie and Levi Clearwater, as well as his brother Bailey.
Terry will be greatly missed by his children, Jeff (Christina) and Terri Lynne (Matthew); brother-in-law Ab Clearwater (Marilyn); sister-in-law Barb Ross; sister-in-law Marilyn Clearwater; grandchildren, Gavin and Erin, Braeden and Ben; nieces and nephews, Tracy, Lori, Trevor, Karen and Jennifer, as well as many other loving relatives and friends.
Terry was born on June 2, 1943, and was raised on the family farm in Hazelridge, Manitoba. After working at his family farm in his teen years, he began his lifelong career at the Manitoba Telephone System where he made many lasting friendships. Early in his career he met Joan and they married in 1967, settling in St. Vital, Winnipeg.
Terry was an avid outdoorsman and loved hunting and fishing. His favourite place to be was hunting in the Duck Mountains and Betula Lake in the Whiteshell. He was a loving husband and devoted father who spent countless hours coaching and supporting his children in their activities.
Terry and Joan built their dream home and retired in Carman, MB where Terry enjoyed golfing, hunting and going for drives in the country. Joan and Terry also cherished splitting time between seeing their children and grandchildren in Winnipeg and Beaumont, Texas. They celebrated 40 years of marriage prior to Joan's passing in 2007.
In his later years, Terry spent time going for drives and shooting gophers, watching the local hockey teams, as well as many new adventures with his special friend Debby. In the later stages of Terry's illness, Debby was a loving and great support to Terry and the family is so grateful.
The family would also like to thank all of the staff at the Carman Hospital for their compassionate care in his final days.
In keeping with Terry's wishes, there will be no funeral service and he will cremated and laid to rest at a later date at Sunnyside Cemetery in Oakbank, MB.

The family requests that condolences and memories can be shared on Terry's memorial page by visiting Seasonsfunerals.ca