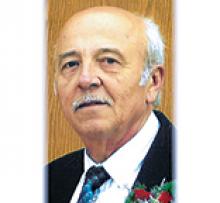 It is with great sadness that we announce the peaceful passing of Ed Sawchuk at the age of 69 years on Tuesday, February 25, 2020 surrounded by family.
Ed leaves behind his lifelong love, Sandy of 47 years; daughter Nicole (Don Feakes) and grandsons, Rylan and Carter Feakes; and son Robert (Maria); as well as numerous family and friends.
Ed was predeceased by his parents, Harry and Josephine Sawchuk and in-laws Anton and Nellie Pleskacz.
On September 24, 1950, Ed was born in London, ON and after a brief time in Venlaw, MB the family moved to Winnipeg. Ed attended school in the north end, graduating from St. John's High School.
Ed began his career at CP Rail as an apprentice welder. After an injury, he returned to school to get his diploma in Business Administration from Red River College. Upon graduation, Ed worked for Westman Steel, Canada Revenue Agency and finished his career with Agriculture Canada in 2015.
At 20 years old, Ed started dating his future wife Sandy. They were married on May 27, 1972 and purchased their family home the following year. In August 1976, they welcomed their daughter Nicole, followed by their son Robert in 1979. Ed was overjoyed to become a Gigi in 2006 and again in 2008. His grandsons were the apple of his eye.
Music was a lifelong passion for Ed and he began teaching guitar at Wally Peter's music school at 17 years old. After playing with many bands, Ed formed a Ukrainian party band, Zabava, who he performed with until the late 1980s.
In addition to his love for music, Ed will be remembered fondly for his ability to fix anything, his devotion to his family and his unique sense of humour.
Panachyda (prayers) will be held on Sunday, March 1 at 7:00 p.m. at St. Anne's Ukrainian Catholic Church (35 Marcie St). Divine Liturgy will be held on Monday, March 2 at 10:00 a.m. at St. Anne's Ukrainian Catholic Church. Liturgy will be co-officiated by Father Alan Wizinsky and Father Isador Dziadyk.
Pallbearers are Rylan Feakes, Patrick Burtnick, Gary Kulbaba, Michael Hnatiuk, Joey Pleskacz, Jay Harlow and Martin Scherpenzeel. Honorary pallbearers are Brian and Donna Shymko; Glen and Donna Pleskacz; Gloria and David Bibby; George and Olga Dolenuck; and Leonard and Lori Sawchuk.
Special thank to the staff at Kildonan Personal Care Home for taking such good care of Ed. To the staff of the ER and MICU units at Health Sciences Centre, we are incredibly grateful for your compassion and excellent care.
Memorial donations can be made to the SMD Foundation or CancerCare Manitoba
Foundation.

Family and friends may sign the book of condolence at www.korbanchapel.com

Hun, Daddy and Gigi
you will truly be missed by us all
and in our hearts forever. We love you.