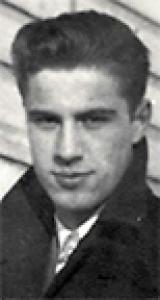 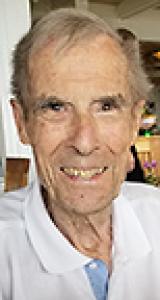 After a long and well lived life, it is with deep sadness that we announce the passing of Cyril James Russell on March 4, 2020, at the age of 91.
Cyril was born on December 25, 1928, in Swan River, Manitoba where his family farmed grain and raised dairy cattle. When Cyril was in grade 5, his mother, Marjorie, was diagnosed with cancer, so they sold the farm and moved to Winnipeg. After grade 11, he got a job with a printing company delivering flyers to the Winnipeg Grain Exchange building on Main, then with Powel Equipment in the Service Department taking parts out to the mechanics for a year. Following this, he joined the Dominion Bank (now TD Bank) at Main and Higgins where he held a position of branch management. He was soon transferred to Fort Frances where he met Maizie. After intentionally splashing her with his boat to get her attention, they started dating and eventually married in 1952. They moved back to Winnipeg where they had two children, Barbara and Douglas. In 1960, he was offered a position as an office manager of Fort Ignition, an automotive parts distributor. He became a shareholder and eventually president and general manager, growing the company from one branch on Fort Street to 36 branches across Western Canada. In 1967, he and a few friends started Autoline Products Ltd., an automotive parts company, and, after selling Fort Ignition in early 1990, he expanded his existing ownership where he remained active until recently. Cyril loved his work and spent every free minute building up his companies. He was honoured with the Automotive Industries Association of Canada's highest award, the Distinguished Service Award, and served as its chairman in 1994. He cared deeply about his employees and enjoyed having his children become a part of his legacy. He and Maizie bought their first cabin at Falcon Lake in 1968 and loved watching their children and grandchildren grow up around the water. They also bought their first condo in Maui in 1988 and visited most years with friends and family. Cyril was lucky enough to have one last trip there to celebrate his 91st birthday.
He was predeceased by Maizie, his loving wife of 65 years, as well as his parents, Marjorie and Douglas, and his two sisters, Vivien and Irene. Cyril will be lovingly remembered by his sister Ellen, and children, Barb (Bob) and Doug (Wendi), and will be greatly missed by his grandchildren, Christina, Benn, Monica (Nathan), Luke, Jon (Julia), Melissa, Kalli, Carter and Justine.
The family would like to extend deep appreciation to the 4th floor North staff at the Victoria General Hospital for their compassionate care.
We invite friends, family, and all those who worked with Cy (Mr. Russell as he was respectfully called) to join us in toasting his life and career at his favourite lunch spot, Rossmere Country Club, 925 Watt St. on Thursday, March 12 between 3:00 p.m. and 6:00 p.m.
In lieu of flowers, donations can be made to Trails Manitoba or a charity of your choice.