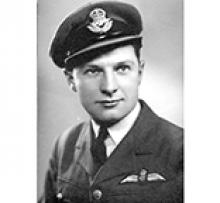 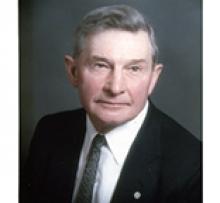 With great sadness we announce the passing of Richard Frederick Sellen on March 8, 2020, at the age of 99. Mary, his wife of 71 years, was at his side when he passed peacefully to his reward in heaven.
Richard was one of 11 children of Raymond and Elizabeth Sellen. He was predeceased by siblings, Esther, Evelyn, Raymond, Douglas and Frances; and survived by Helen, Andrew, John, Robert and George.
Richard was father to children, David (Sandra), Terence (Marylou), Linton (Deborah), Hilary (Mark) and Vanda (George).
He was the grandfather of Lindsay (Jonathan), Andrea (Daniel), Lauren (Matthew), Graham, Robert, Jeffrey (Autumn), Elizabeth, David (Noushin), Jennifer (Michael), Catherine (Jordan), Michael (Casey), Marcus (Brittany), Allisa (Tyler), Richard (Rachel), Jessica (Austin) and Nicholas; as well as the great-grandfather of Ava, Wyatt, Rhys, Paxton, Eliza, Eli, London, Hannah, Remington, Emma and Oliver.
Richard was born September 19, 1920, near Oakbank, Manitoba, and attended school in Oakbank to grade 10, which was the highest grade at the time. Leaving school, he went to work with his father in the construction trade. When grade 11 became available, he returned to school, but left again when the Second World War broke out in Europe. Having a passion for mathematics allowed him to pass exams for entry to pilot training in the R.C.A.F., without the formal education. Four years as a bomber pilot in Europe were survived only with incidents of divine intervention on several occasions. He left the military with the rank of Flying Officer.
Returning to civilian life after the war, Richard admitted to a restlessness that drove his passionate pursuit of whatever caught his interest.
He married Mary McLeod in 1949 and with money he had saved during his time in the Air Force, he bought a truck and started a construction business with his brothers, Raymond and Douglas. By the 1960s, Sellen Brothers Contractors was the largest employer in Springfield.
In sports, Richard played on, or managed, three baseball teams at the same time, was the driving force in organizing local hockey and later curling clubs. At other times golf and flying became the focus of his endless energy.
In early years Richard never spoke of the war but as he grew older, he resumed flying and attended several Air Force reunions in England. He increasingly spoke of the war. He shared, with much emotion, of the sacrifices of those who served and his annual appearance at the Remembrance Day services made him the face to the community of those ancient combatants and of conflicts past.
The trademark of Richard's 99 years was that same restless energy and his refusal to stop, or be denied, what he had decided needed to be done.
It is as if Kipling foresaw the life of Richard Sellen when he wrote:

"If you can fill the unforgiving minute
with sixty seconds worth of distance run..."

Still, behind the constant motion, there lay a generosity, tenderheartedness, and kindness for family and friends and a genuine caring for people. His abiding love for his wife, children, grandchildren and great-grandchildren was evident in all that he said and did. They were his pride and joy. He will be sadly missed by them all.
Funeral services will be held Saturday, March 14, 2020, at Oakbank Baptist Church, 26033 Springfield Road, Oakbank, Manitoba at 11:00 a.m. Interment at Sunnyside Cemetery.

The family requests that condolences and memories can be shared on Richard's memorial page by visiting Seasonsfunerals.ca