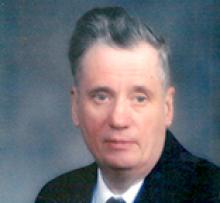 It is with great sadness that we announce the passing of Don, at Victoria Hospital, on March 2, 2020.
Don was predeceased by his parents, John and Marjorie Fraser. Don was predeceased by his first cousin, James Fraser (2019) and spouse Marjorie (2019.)
Don is survived by his first cousins, William Fraser (Shirley), Winnipeg, Robert Miller (Margaret Ann) C., Owatonna, Minnesota, Patricia Barne (Tom), Victoria B.; his cousins once removed, Elizabeth (Ron), Heather, Susan, Dr. David Fraser (Joanne), and James Fraser (Darcie); and cousins twice removed, Darren, Megan, Jayden, Keelan, Tylie, Kaylee and Tavis.
Don was employed with the Federal Government of Canada as a Draughtsperson.
Don's interest included belonging to a number of associations, Scouts, then Rovers and later volunteered at Shriners Hospital in Scouting activities and travel church choirs starting with boys choirs and later in adult choirs and Winnipeg Male Chorus and Masonic Lodge associations. The Philatelic Society was fulfilling with long term friendships and travel, to different stamp shows across Canada and as well a focus in travel overseas to Europe, especially England and Scotland, as well as Sweden and a lifetime trip to the Canada Centennial in Montreal 1967, with Bill and Lorne.
The Philatelic Society was a lifelong interest for Don and rewarding both in friendships and awards. Two of Don's awards included BNAPEX (British North America Philatelic Exhibition), September 2013, Early mail to and from Red River Settlement, Fort Garry, Lower Fort Garry, Winnipeg, 1849 to 1883 and BNAPX, September 2018. Received the British North America Society (BNAPS) order of the Beaver Lifetime Achievement Award in recognition of the six books he wrote on British North America Philately. Don was also a regional judge at stamp shows in the early 2000s.
Don had a great love for his neighbourhood on Warsaw Crescent and his neighbours. Don loved his house and garden and flowers and it was difficult for him to leave this part of his life to move to Dakota House in 2017. Dakota House became another new neighbourhood for Don and he enjoyed the meals and fellowship and carried on with a small garden outside his back door. Here Don felt that he was on a vacation because of the meals and entertainment and singing groups and outings.
Our sincere thanks go to Victoria Hospital and staff on fifth floor for Donald's intense care during his brief admission for a month.
Funeral service will be held at St. Peter's Anglican Church at Elm and Grant Avenue at 2:00 p.m. on Saturday, March 21, 2020.
Interment of ashes will be held in the summer at a later date.
In lieu of flowers, donations may be made to the Victoria Hospital Foundation.