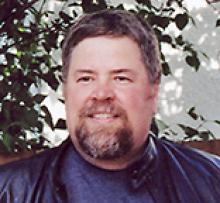 It is with great sadness that we announce the passing of Donald our loving son, brother and uncle.
Donald leaves to mourn his mother Delsie Cousineau; his sisters, Valerie Cousineau (Jim), Gail Hargreaves (Cameron), Janine Cousineau (David), and brother Glenn Cousineau; nephews, Evan Cousineau (Jacqueline) and Brayden Cousineau; nieces, Courtney Sawatsky (Riley), Kendra Kauk (Brett) and Kelsey Andrechuk. He was very fond of his grandnieces, Sophie, Olivia and Wren; and grandnephew Zander.
He was predeceased by his father Albert Cousineau, and brother-in-law Kerry Kauk.
He was born in The Pas and enjoyed his early childhood there playing with his friends. In 1972 he moved with his family to Transcona where he attended Central South, Arthur Day and Murdoch MacKay schools.
He began his electrical career working as a lineman for CNCP Telecommunications. Then he started his electrician training in Winnipeg and completed it in Vancouver. He moved back and forth between Vancouver and Winnipeg working as a red seal journeyman construction electrician.
He enjoyed being outdoors fishing, gardening and puttering in the yard. He loved family gatherings. He would barbeque for large groups with no obvious effort. He collected tools and native art, watched movies, and had an amazing knowledge of miscellaneous information. He was proud of his Metis ancestry.
He liked to gently tease and joke with family members. He was fun to be around. His family relied on him for help with all sorts of things from electrical repairs to monitoring their homes, dog sitting and watering plants when they were away on vacations.
He recently graciously dealt with numerous medical issues until his generous heart failed. This gentleman will be missed by his large extended family.
A family memorial service has taken place.