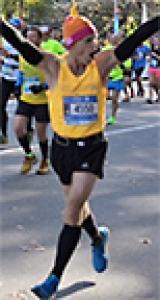 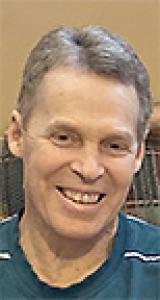 After a life well lived, Cam died peacefully, at home, with his wife and his sons by his side. He was 59 years old
He is survived by his wife of 36 years, Shelly, sons, Gregg (wife Lauren) and Brett, grandchildren, Audrey and Alexander, his father Bryan Bell, sister Karen Yanchyski (Rick), father-in-law Wayne Hutchinson, siblings-in-law, Wendy Saunders (Kevin), Robert Hutchinson (Robin), Jeff Hutchinson, as well as his many nieces, nephews and long time friends.
He was predeceased by his newborn son Shaun, mother Dolores, and mother-in-law Willie.
Cam grew up in Portage la Prairie. He recalled a wonderful childhood with summer vacations at Jessica Lake, canoe trips with his Dad, swimming, waterskiing, long bike rides, cross-country skiing and skating on Cresent Lake when it froze 'just right.'
He played junior hockey with the MJHL Portage Terriers and was a sprinter on the high school track team. He was a graduate of the University of Winnipeg and retired after 25 years with Manitoba Hydro.
Although he loved all sports, his real passion was running. He started running longer distances in his late 30s. This sport was a natural fit for him. He loved the quiet solitude, the beautiful sunrises and the satisfaction of finishing a good run. There were some tough runs over the years but he finished every one of them.
He was able to qualify and run the Boston Marathon in 2003. During some gruelling chemo he pushed himself to qualify and run the full New York Marathon in 2014. He proudly ran many half marathons and Terry Fox runs with each of his sons and his wife. As time progressed his runs were shorter and less frequent, but he was glad to be out there.
He loved to travel. He enjoyed many driving trips across Canada and parts of the US. He was able to visit Hawaii many times, as well as Iceland, Scotland, Ireland, England, France and Italy. He was particularly happy to find his grandmother's Irish village and wander the same streets she did as a child.
Cam was a quiet and gentle man, with a positive outlook on life. He was a listener. He noticed and appreciated the small things in life, a cold beer on the patio on a hot summer day, his little dog curled up at his feet, a good movie or a family dinner. Above all he loved his family, they were everything to him. He was so proud of the good men his sons have become. His last, best smiles were for his grandchildren, who gave him such joy and happiness.
During his 12 and a half year journey with Brain Cancer he made a choice to live as well as he could for as long as he could. He was grateful for the excellent care he received from CancerCare Manitoba, including the late Dr. Gary Schroeder, Dr. Marshall Pitz, Dr. Lin Yang, neurosurgeon, Dr. Joseph Silvaggio and the many, many nurses, technicians and support staff he encountered over the years.
If you wish, in memory of Cam and in hopes of making a difference for children living with cancer, donations can be made to CancerCare Manitoba Foundation, to be directed to Pediatric Oncology, 675 McDermot Avenue, Room 0N1160, Winnipeg, MB R3E 0V9 or online.
Cam needed several blood transfusions over the past year. If you are able, please consider donating blood.
We plan to gather and celebrate his life at a later date.

He has crossed the finish line,
he finished the race!