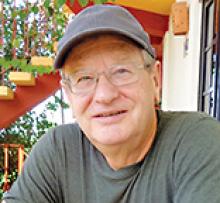 It is with profound sadness that we announce the sudden passing of Robert Charles (Bob) Geekie of Calgary AB, on Saturday, March 28, 2020, at the age of 73 years.
Bob was born and raised in Winnipeg, MB. He attended Kelvin High School before continuing on to the University of Manitoba where he graduated with a Bachelor of Commerce, Honours degree. From then, he worked for the Bank of Montreal until his retirement in 2010. Bob was a very private man, known for his gentleness and trustworthiness. His family was the light in his life, and his four grandchildren were the sparklers. Gramps will be sorely missed.
Besides his loving wife, Connie, Bob is survived by his son Kris (Shauna) Geekie, daughter Catherine (Yasuhiko) Takasugi, and four grandchildren, Taitt, Ayana, Teyla and Atsushi. They are left to mourn him, but also to remember all the joy he brought to their lives. Bob is also survived by his brother Jim (Wendy) Geekie, cousins, Janice and Dennis (Gail) Geekie; as well as extended family, and many nieces and nephews.
Bob was predeceased by his parents, Harry and Molly Geekie, and his brother Bill.
Bob's ashes will be scattered and a 'Celebration of Life' will be announced at a later date. If you would like to receive notification of this event we encourage you to leave a phone number or email address through which we will contact you when the arrangements have been made.

Condolences, memories and photos may be shared and viewed on Bob's obituary at www.McInnisandHolloway.com

Anyone who would raise a glass in his name would bring a smile to his face.
In living memory of Bob Geekie, a tree will be planted in the Ann & Sandy Cross Conservation Area by McINNIS & HOLLOWAY FUNERAL HOMES, Fish Creek, 14441 BANNISTER ROAD SE, CALGARY, AB T2X 3J3, Telephone: 403- 256-9575.