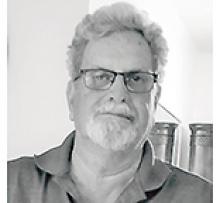 It is with profound sorrow that we announce the passing of Gerard (Jerry) Joseph Noel Lavallée, beloved husband of Charlene, father of Christopher, on April 15, 2020, at the age of 73 years.
Jerry was born in Quebec in the town of St. Norbert d'Athabaska, on February 16, 1947. He joined the military and was posted to the Canadian Forces Base Portage La Prairie and thus is where he met the love of his life. The two were united in marriage on July 6, 1973 and moved to Germany shortly there after.
Jerry and Charlene moved to Yorkton, Saskatchewan in 1978, where their son Christopher was born, the second love of his life.
Jerry served in the Airforce for 31 years where he completed the ranking of Master Warrant Officer. He then joined the Commissionaires in 1999 and worked at the Federal Microbiology Lab until 2014. Jerry was than transferred to the Human Rights Museum where he worked until late 2019.
Left to cherish his memory is his beloved wife Charlene, son Christopher (Maria), grandchildren, Sebastian and Caitilyn. Jerry will be deeply missed by his sisters, Colette (Gerard), Lucille and Micheline, along with sisters-in-law, Denise, Cyndi (Stan), Dellanne and Crystal. Many nieces and nephews and friends whom he considered family.
Jerry was predeceased by his parents, Alfred and Orise Lavallée; his brothers, Camille and Gilles; and sister Madelinne.
In lieu of flowers, donations may be made to the Canadian Museum of Human Rights, 85 Israel Asper Way, Winnipeg, MB R3C 0L5.
A Celebration of Life and Graveside Service will be held at a later date.

Messages of condolences can be made online
at www.omegafuneralhome.com.