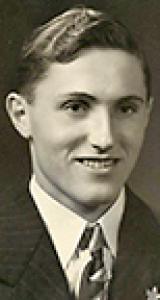 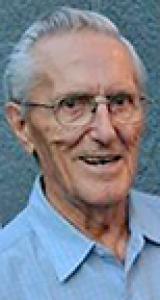 
Peacefully on Wednesday, April 29, 2020, at Victoria General Hospital, with his daughter Theresa at his side, Mike passed at the age of 88. Moments before, he was listening to his favourite song "You Are My Sunshine" on an audio recording sung by his granddaughter Sheila while playing her ukulele. The previous day, his loving wife Mary and children, Janet, Russell and Theresa were fortunate to be by his side and speak with him.
Mike was born in Ethelbert, MB and grew up on his parents' farm in Mink Creek. Before he got married he worked in a mine in Ontario and then at Canada Packers in Winnipeg where he retired. Mike and Mary raised their family in Winnipeg and built a family cottage at Davidson Lake which their family thoroughly enjoy. He shared his love of the great outdoors: hunting, fishing, camping, snowmobiling, ATVing, and of course blueberry picking with his family and friends. He always enjoyed a good game of cribbage. He was an excellent card player and shared his card skills with his grandchildren.
Mike is survived by his beloved wife of 64 years, Mary (nee Kozarchuk); his children, their spouses, and his six grandchildren: Janet (Steve) (Wayne and Austin) Goddard, Russell (Denise) (Jennifer and David) Okun and Theresa (Bruce) (Kevin and Sheila) Mogg. He is also survived by his sisters, Anne (late Peter) Zuk, Alexandra "Sandy" (late Everette) Rowlette, Iris (Jim) Baily, and brother John (Jean) Okun. Memories of Mike will continue to be shared by his cherished relatives and friends.
Mike was predeceased by his father Nicholas Okun (1973), his mother Anastatia (nee Hlady) (1983), brother William "Bill" (Pauline) Okun (2013), brother Morris (Adell) Okun (2013), and sister Nadia (Claude) Hebert (2013).
Heartfelt thanks to Dr. Flo at Palliative Care and Dr. Dodds at 4 North along with the many nurses and staff for their care and compassion given at Victoria General Hospital.
In keeping with Mike's wishes, cremation has taken place and no formal service will be held.
In lieu of flowers, donations may be made to the Heart & Stroke Foundation or Parkinson Society of Manitoba.

Condolences can be expressed at www.voyagefuneralhomes.com