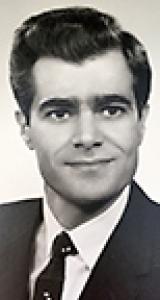 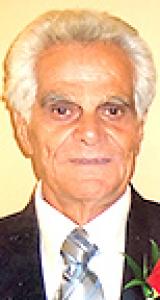 
It is with great sadness we announce the passing of John Andranistakis on Wednesday, May 6, 2020.
He will be greatly missed by his wife, Magda; children, Katina (Mark), Peter (Patrice), Peggy and Helen (Gilles); grandchildren, Noah, Emma, Jake and Maggie; brother Mario; and extended family and friends.
John was born on October 10, 1932, in the small village of Mourne, Crete, Greece. He was the youngest of five children. Because John's father passed away when he was young, his family was very poor and he and his siblings had to work very hard to help feed the family. At 20 years old, John joined the Greek army for his mandatory military service.
Searching for a better life, John arrived in Canada in 1957 and settled in Winnipeg where he became a hairstylist and owned and operated several successful salons throughout the years. John and Magda were married in 1963 and had four children. Throughout his life John worked hard to provide for his family and loved to spend time outdoors building, travelling, camping and walking. Road trips were a yearly ritual for the young Andranistakis family who could be heard singing, "Like a Rhinestone Cowboy", along with dad's treasured Glen Campbell eight track tapes.
John had a great sense of humour and loved to tell stories about his life. He enjoyed entertaining us by walking on his hands and telling jokes like his all time favourite: A man walked by a bar and a sign in the window said, 'Free Beer Tomorrow'. When the man returned the next day, the sign said, 'Free Beer Tomorrow'. He used to laugh SO hard! When in gatherings with family and friends, John shared his vast knowledge of world history and current events. John had a love of cars and, over the years, owned many different makes and models and taught each of his kids to drive in his beloved 1966 Pontiac Parisienne.
In later years, his four grandchildren brought him much joy and Papou loved spending quality time with each of them. His grandchildren say he gave the biggest hugs and the best haircuts and they fondly remember him sitting in his favourite chair.
Dad, we miss you and love you forever and will remember your infectious laugh every time we see an episode of Mr. Bean.
In lieu of flowers, please make a donation to a charity of your choice.