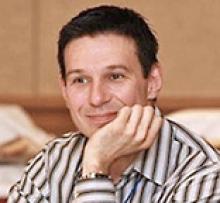 It is with great sadness that we announce the sudden passing of Mike on May 4, 2020, at St. Boniface Hospital, due to cardiac arrest.
Mike was a great son, partner, brother, nephew, uncle, cousin, and friend. He was born on January 24, 1969, to Richard and Phyllis Law. Growing up, Mike enjoyed playing hockey, spending time at the family cottage at Hillside Beach, and being a big brother to younger brother David. He attended Strathmillan School, Golden Gate Middle School, and Silver Heights Collegiate. Mike was a very popular student, and he enjoyed galavanting (as his mom would say) around St. James with his many, many friends. He excelled in academics and sports, particularly volleyball.
Upon graduating from high school, Mike attended the University of Manitoba, where he graduated from Law School in 1993 and articled at Chapman, Goddard, and Kagan law firm. He stayed at the firm when he was called to the bar in 1993 and practiced there until June 2015. He was the president of the Manitoba Bar Association from 2007 to 2008. Mike spent a great deal of his legal career advocating for LGBTTQ rights. In 2010, he won the Canadian Bar Association and Gender Identity Community Section's Hero award.
Mike loved to bring people together. He did so informally, hosting (and attending) innumerable parties, and formally, such as organizing a volleyball league for members of the LGBTTQ community. He was heavily involved in the Winnipeg Men's Volleyball League, playing on several teams, including his all-LGBTTQ team, The Golden Boys, which he captained (and adventured with) for many years.
Mike was a force of nature. His lust for life was infectious, and he impacted numerous people with his humour, charm, and wit. Mike was up for anything and eager to take as many people along for the ride as possible. Everyone who knew Mike has a greater breadth of experience because of him. Mike was extremely funny and sarcastic, yet behind this front, he had a caring heart and a gentle soul. He cared deeply for people close to him and loved animals, particularly his cats.
He will be cherished by his partner Craig Theriault; mother Phyllis Law; brother David Law (Jude Peters); nephew Aidan; niece Madeline; as well as numerous aunts, uncles, cousins and countless friends.
Due to current gathering restrictions, a celebration of Mike's life will be held at a later date.
A fund is being set up for the Bruce Oake Recovery Centre. If you would like to contribute, donations can be made in Mike Law's name to the Bruce Oake Memorial Foundation at bruceoakerecoverycentre.ca or Unit 1-883 Notre Dame Ave., Winnipeg, MB R3E 0M4.