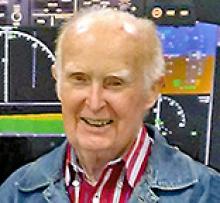 Bernard Waddington passed peacefully at Misericordia Place on May 8, 2020.
He is remembered lovingly by his wife Hazel; his three sons, Russell, Carl and Mark; his daughters-in-law, Dawn and Lois and two grandchildren, Correy and Ryan.
Bernard was born in Chorley, Lancashire, England and served in the British Army before marrying Hazel in 1956. In 1967, he moved his family to Canada.
He had a natural mechanical aptitude and became a Heavy Duty Mechanic while working for IOCC in Labrador City, NL. He ended his career as the head mechanical instructor at the Red River College, Winnipeg.
After retirement, he loved to work around the home and garden plus spending time with his family and dogs and cats. He chose to help people whenever possible and spent many days volunteering for community events.
Cremation has taken place. There will be no formal service.