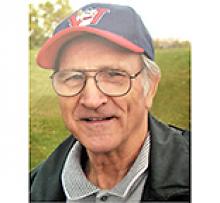 
It is with deep sadness that we announce the sudden passing of Ed Bosecke.
Ed has left behind to mourn his passing, son Gregg (Susan), daughter Debbie; grandchildren, Cory, Jaimie (Mike), Kim (Ryan), Brian (Allison); great-grandchildren, Alexis, Carmen, Maddox, Luca and Danica; sister Herta Unruh, numerous nieces and nephews, as well as his best friend Eric of nearly 60 years.
Ed was predeceased by his loving wife Margaret, his father Walter Bosecke, his mother Johanna Schenkl, sister Liese-Lotte Hoffman, brother Rudolph Bosecke and brother-in-law Peter Unruh.
Ed and Margaret were married for 65 years and shared a love for each other that was just as strong as the day they married.
Ed was born in Hamburg, Germany and licensed as a carpenter before immigrating to Canada. He was employed with C.A. Killeen & Sons for over 34 years where he was the driving force within the company. He was a man of many talents. He found joy in doing things for others and creating projects in his "workshop" at home. Ed designed and built a camping trailer for the family and enjoyed many summers at Nutimik Lake in the Whiteshell.
Ed enjoyed watching many hockey games over the years from his son's games to his grandson's games. He also attended many dance recitals performed by his daughter and granddaughters. He also took great pride in assisting his grandchildren with homework and school projects.
Ed suffered a major stroke in 2017. After two months in hospital he joined Margaret at Poseidon Personal Care Home where he enjoyed family visits. Gregg's visits would always bring a smile to his face and he enjoyed the special treats that Susan would bring for him! He also enjoyed working on wooden models with Debbie, looking at the many photographic books in his collection or watching Andre Rieu DVDs and comedies. Ed also loved to look through old family photo albums with Margaret by his side, holding hands and sharing kisses.
The family would like to thank the staff at Poseidon Personal Care Home for the love and care that was shown to our father.
He was the best father, grandfather and great-grandfather we could ever ask for and we will miss him dearly.
A private burial and Celebration of Life will take place in his honour at a later date.

"If love could have saved you,
you would have lived forever."