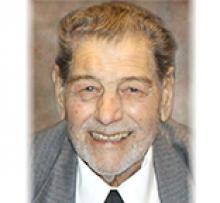 Saverio Andrea Fransisco Masi, loving and devoted husband, and father of four children, passed away at age 80, on May 10, 2020. He was born on January 18, 1940, in Amato Italy.
He, along with his parents and siblings, Vincenza and Angela, moved from Italy to Buenos Aires, Argentina in 1952. In Argentina he met his wife Dora, they married in 1966 and welcomed their first child, Andrea, in 1967. After the birth of their second son, Lucio, they moved to Winnipeg, Canada in 1978. Shortly after arriving in Canada, they welcomed their second daughter, Sabrina.
Nonno had a passion for fishing, which he enjoyed doing with his family. He was known for his infectious smile, his helpful hand and his sense of humour. He will be missed greatly by his family and friends.
Saverio is predeceased by his father Giuseppe, his mother Carolina, and his son Javier.
He is survived by his wife Dora; his three children, Andrea (George), Lucio and Sabrina (Ainsley); his two sisters, Vincenza, and Angela (Roberto); his three grandchildren, Alexandria, Michael, and Grady, as well as several cousins, nieces, and nephews.
A private service and entombment have taken place.
In lieu of flowers, the family asks for donations to be made to the Canadian Diabetes Association or the Ronald McDonald House charity.
The family would also like to thank the staff at St. Boniface Hospital Dialysis and Family Medicine units, as well as the staff at Seven Oaks General Hospital Geriatric Rehab unit.