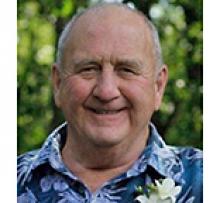 It is with heavy hearts, we announce the passing of our beloved husband, father, gigi and uncle.
Left to cherish his memory, are his wife of 50 years, Eleanor; sons, Ken (Nicole), Chris (Kim), Craig (Brandeis); grandsons, Evan, Braiden (Hannah), Zak, Trey, Kruz and Russell; sister Betty Churko and many nieces and nephews.
Bruce was predeceased by his parents, Herbert and Edna and brothers, Al, Doug, Ray and Jerry.
Although Bruce never played any sports growing up, you would always find him at Kelvin Community Centre, supporting his older brothers playing lacrosse. It was during his younger years, that he was given the nickname "Meatball" which he was known by throughout his life.
On July 19, 1969, he married Eleanor and settled in East Kildonan, where they continued to live and raise their three sons. As a father, he was heavily involved with his sons' sports and juggling all their activities. He later became his grandson's number one fan at their sporting events. Bruce worked for the Winnipeg Free Press for 35 years, where he drove long distances outside of Winnipeg to deliver papers. He took great pride in his job and even though long retired, he spoke highly about his time at the Free Press just days before his passing. He will forever be remembered for his meticulous attention to detail and strong work ethic, which he instilled in his three boys. Bruce was not one to stay still and always had a never ending "to do list." There were many fond memories and friendships developed during the summer months at the Oasis Campground and later in the Grand Beach area, when he built a family cottage in Lakeshore Heights. He enjoyed fishing and puttering in the yard at home and the lake.
Many thanks to the medical staff in Unit #4 - 5th Floor at The Seven Oaks Hospital for their kind and compassionate care.
Cremation has taken place at Korban Funeral Chapel and the family has requested that in lieu of flowers, a donation can be made to the Heart and Stroke Foundation of Manitoba or Seven Oaks General Hospital Foundation.

Words of Condolence may be left at
www.korbanchapel.com

Rest in peace our beloved "Meatball."