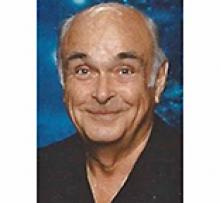 On May 12, 2020, after battling health issues, Vince (Gibby, Dad & Papa Gib) peacefully passed away; his loving wife of 64 years, Lillian was by his side.
Gibby is survived by his children Ingrid (Rick) Schamber, Wes Gibson, Lorna (Errol) Allard, 6 granddaughters & spouses, and 13 great grandchildren as well as his brother Bill (Rita) Gibson, brother-in-law Milton Holm, sister-in-law Cindy Holm and numerous nieces and nephews. He was predeceased by his family Florence & Charles Gibson, Gloria Holm, Gordon Holm, and Florence & Omar Plouffe.
Gibby was born and raised in Ft. Garry, attending Bishop Grandin and Tec Voc Schools. In 1957, he became a proud member of the Winnipeg Fire Dept, Badge #450. He retired in 1995 as District Chief. He went on to volunteer as a Director at the Fire Fighters Historical Museum restoring vintage fire trucks; work he loved alongside his buddies. He enjoyed time spent driving the old fire trucks in many parades. Road trips with the family were one of his fondest memories; travelling to Alaska many times, across Canada and to various southern states. When not on the road, he could be found at Gibby's Corner in Spruce Sands, on a tractor in Arborg, up north hunting with "Gibby's Gang" and "Stan's Clan" or at a casino with Lil. Gibby was a gentle guy with an incredible smile and patient demeanor. He loved his family and was proud of his job.
A special thank you to Peter Chan, the staff at the Victoria General Hospital, Dr. Permack and Scott, and the exceptional staff at Southeast PCH where Gib was happy and well taken care of.
A celebration of life will be held at a later date.
In lieu of flowers, donations in Gibby's memory can be made to the Firefighters Burn Fund or the Winnipeg Ostomy Assoc.