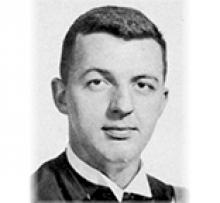 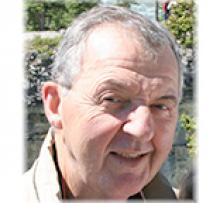 It is with profound sorrow the family of Robert (Bob) Harasym announces his passing at Riverview Health Centre.
Robert was born and raised in the North End, and attended Faraday and Isaac Newton schools. He was most proud of earning his B.Sc. Mechanical Engineering degree from the University of Manitoba in 1962.
As a boy, teen and adult, he helped his parents in their butcher shop on Selkirk Avenue. During university summers, he worked on the dining cars (CN).
After graduation, Bob worked for the Dryden Pulp and Paper Mill, Manitoba Hydro, and Winnipeg Hydro. His life's career was with the City of Winnipeg, Civic Properties Department, until retirement in 1995.
Bob believed in community service. He was a member and served on the executive of several professional, cultural and church organizations including: the Association of Professional Engineers and Geoscientists, Manitoba (APEGM); Winnipeg Association of Public Service Officers (WAPSO); American Society of Heating, Refrigeration and Air Conditioning Engineers (ASHRAE); City of Winnipeg Retirees Association (CWRA); St. Basil's Ukrainian Catholic Church; Ukrainian National Federation (UNF), Winnipeg; and, Ukrainian Cultural and Educational Centre, Oseredok.
Robert cared for his home and family. As well, he readily lent a helping hand to others. He enjoyed travelling, especially the drive in his "bubble", the van, to visit his family in Calgary. Summers were spent happily at the trailer in Camp Rusalka.
Left to mourn Robert are his wife, Luba; daughter, Susan Harasym of Winnipeg; son, Gregory Harasym and his wife, Tricia, and grandchildren, Michelle and Mark, of Calgary. He is also survived by his brothers-in-law, Peter Klymkiw and Dave Melanson; and goddaughter and niece, Larissa Klymkiw. Bob was predeceased by his parents, Olga and Walter Harasym; and parents-in-law, Stefania and Nicholas Klymkiw. Also waiting to greet him are faithful companions, Rex, and granddog, Cinnamon.
A private service was held May 12, 2020. A celebration of Bob's life will be held at a later date.
Flowers are graciously declined. If friends and family so desire, donations in Robert's memory may be made to CancerCare Manitoba Foundation - Pediatric Care, or to a charity of one's choice.