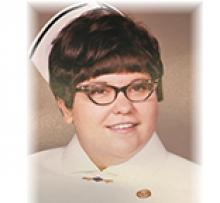 Rosalie passed away at her home in Long Beach California at the age of 73.
Rosalie was predeceased by her parents, Olga and Michael and an older brother William.
Cremation has taken place with burial to follow at All Saints Cemetery, Winnipeg, Manitoba.
Rosalie is survived by her sister Pat Lycett; niece Shannon (Richard) Kenny and their children, Aiden and Paige. She is also survived by many cousins in Canada and the United States including her Godson Justin Brill.
She graduated from Misericordia Hospital School of Nursing in 1967. After 11 years of nursing in Winnipeg and London, Ontario, Rosalie moved to Long Beach, CA, where she nursed at St. Mary Medical Centre until retiring in 2012.
A Celebration of Life will be held in Winnipeg at a later date.