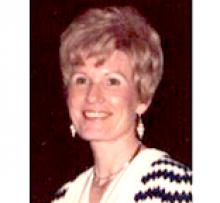 Reta May (Robinson) Belyea, passed away peacefully at Concordia Place, Winnipeg, Manitoba on May 15, 2020 at the age of 90.
Reta was predeceased by her daughter Karen (2016); husband Harry (2011); sister Jean Mackenzie (2014); brother Clayton (1994); mother Florence (née Wark) (1990) and father William (1984).
She is lovingly remembered by her surviving children, Wayne, Allan, Rhonda and Lisa; grandchildren, Carey, Amanda, Marie Anne, Tiffany, Josie, Silvia, Matthew, Lauren and Dilana and many great-grandchildren.
Reta was born on January 10, 1930 in Sombra, southern Ontario. She grew up in a farming family and, as a young woman, worked as a telephone operator and magazine saleswoman. She married her first husband Murray Pearsall in 1950, with whom she had her eldest son, Wayne in 1951. In 1954, she married Harry Belyea, who adopted Wayne. Reta and Harry started their life together in Winnipeg and then moved to Ottawa in 1959. They built the family home in Nepean, where they lived until 1983. The family have many fond memories of cross Canada camping trips, backyard barbecues and of Reta crafting pottery in her home studio.
In the fall of 1983, Reta and Harry moved to their cottage on Skootamatta Lake, near Cloyne, where Reta spent many happy hours creating artwork, doing photography and enjoying nature. By 1998, the practicalities of living at the lake proved too challenging and Reta and Harry returned to the Ottawa area, building a house in Stittsville. Reta continued to create artwork, do photography and enjoy the birds and flowers in her garden. She also wrote family trees for the Dougall and Wark lines of her family. Reta and Harry moved back to Winnipeg in 2005 to be near Rhonda's loving family. Reta and Harry spent their final years together in a retirement home; Harry died in 2011.
Reta was a loving mother, and she will be remembered by many for her open heart, effortless style and lively sense of humour. Reta's own words sum up her welcoming attitude to life and love: "… each generation has different customs … One thing that remains constant is the love and pride we feel for our children, and their loved ones."
The family would like to warmly thank the staff at Concordia Place and Reta's Home Instead companion Joanna for their kindness and care through her long illness. Due to the Covid-19 pandemic, the family will hold a private, virtual memorial service. Reta will be laid to rest at the Elmwood Cemetery, Winnipeg, Manitoba.
In lieu of flowers, donations to the Alzheimer Society of Canada would be greatly appreciated.