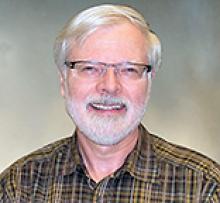 It is with sadness that we announce that John Garry Rowse passed away of cancer on Sunday, May 17, 2020, at the age of 72 years.
Born in Winnipeg on December 18, 1947, John graduated from Kelvin High School before completing a B.A. (Hons.) degree in Economics at the University of Manitoba and a Ph.D. in Economics at the University of Minnesota. After marrying Mildred Anne Penner of Morden, MB, John's first academic position was at Queen's University in Kingston in 1974. Having an interest in energy economics, in 1979 John moved to the University of Calgary where he remained until his retirement in 2010. Highlights of his career included working with superb colleagues and thousands of undergraduate and graduate students, receiving several teaching awards, spending two sabbatical years with the Operations Research Department at Stanford University and attending numerous national and international conferences. John was grateful for the support of his exceptional co-authors, outstanding colleagues across North America and, most especially, his wife Mili, whom he cherished during their 46 years of marriage.
John took a lively interest in political discussion, neighbourhood development issues and working with others for the benefit of the community. John frequently reflected that Fate had smiled upon him with many years of good health, close relationships with relatives both near and far, excellent neighbours, friends and colleagues, and opportunities for meaningful and enjoyable employment.
John is lovingly remembered by his wife, Mili, his sister, Janet (Grant) Saunders; his brothers-in-law, Aaron (Maureen) Penner and Henry (Nancy) Penner, and sister-in-law, Susan Rowse. He took great interest and joy in the lives and families of his nieces and nephews, Allison Saunders (Ross Murray), Marilyn (Iain) Kirkpatrick, David Saunders, Mark Saunders (Lisa Rae Swan), Jared Penner, Tara Penner (Martin Wloka) and Abby (Brad) Spielmacher; several great-nieces, great-nephews, and cousins, Gordon (Nancy) Hall and Nellie Belluz. John was predeceased by his father, Cochrane Newell Rowse; his mother, Edith Maude Rowse; his brother, Robert Rowse; and cousins, Barbara McLeod and Donald Hall.
A gathering to celebrate John's life will be held at a later date.

Condolences, memories and photos may be shared and viewed on John's obituary at www.McInnisandHolloway.com.

Mili is grateful for all the support she and John received from medical and hospital staff through his treatment and, at the last, the calm surroundings of Rosedale Hospice.