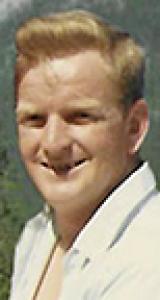 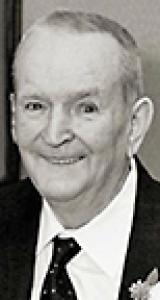 It is with heavy hearts that we announce the passing of our dad at the Betel Personal Care Home on May 21, 2020.
To cherish his memory, he leaves his daughter Shelley (Geoff) Besko, son Michael (Lindsay) Johnson, and son Brent Johnson; his six grandchildren, Kevin, Gillian, Austin, Katie, Gerald and the "little girl" Isabella; his brother Ron (Gail), as well as nieces, nephews, family and friends.
He was predeceased by his father Kari (1958), his mother Myrtle (1995), and his brothers, Alvin (2008) and Edwin (1946).
Dad was born in Oak Point, Manitoba on August 16, 1937, to Kari and Myrtle Johnson and had many happy stories of getting into mischief with his brothers. This carried on throughout his life and Dad continued to get into trouble, even in his later years, for his unique sense of humour and carefree attitude.
Dad was married to Aggie (Connelly) from 1967 to 1986. They had three children and moved a fair amount due to Dad's work, living in Oak Point, St. Laurent, Winnipeg and Delta, BC.
Dad became a journeyman carpenter in 1973. Besides working as a carpenter, he was a commercial fisherman, like his father, and spent many hard and cold years fishing on Lake Manitoba. He loved dropping in on family and friends and hunting with his sons. He enjoyed telling stories of antics with his brothers, telling jokes and in general just having a good time. Before he broke his hip, he loved to dance and was always doing a little jig. He loved old-time music, gardening, and home cooked meals. He truly enjoyed his daily naps and it was impossible to wake him up. He was particularly proud of his grandchildren and loved spending time with them when they were young.
The family wishes to extend special thanks to all the staff at the Betel Personal Care Home for their kindness and compassion during the time he spent there. Special thanks to his daughter-in-law, Lindsay, a nurse at Betel Care Home, who made sure he was always taken care of and happy.
In lieu of flowers, donations in Murray's memory may be made to Betel Home Foundation, 212 Manchester Avenue, Selkirk, MB R1A 0B6, or a charity of your choice.
A private burial service will be held at a later date.
We encourage family and friends to post your memories of Murray on the Passages website.