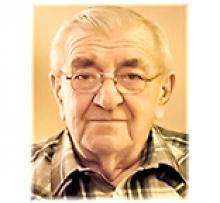 While saddened by his peaceful passing on May 19, 2020, in Winnipeg, we are grateful for the wonderful experiences shared with our husband, father, grandfather and friend.
John was born on April 1, 1939, in Vita, Manitoba and predeceased by his mother Anna Kolodrubsky and his sister Maruska.
John is fondly remembered by wife Patricia, son Darren (Dayna), daughter Kerri (Paul) and grandsons, Carson and Peyton.
John was an entrepreneur at heart and always loved the challenge to start a new venture, or to construct or repair anything.
John worked in the automotive industry for most of his life, first as a mechanic and later as an owner of several businesses including new and used vehicle and equipment sales, oil and gas, vehicle rentals, auto parts wholesaling, automotive service and auto body repair. Later in his career, he was successful in commercial real estate. He remained a car dealer until 2019.
John was a champion trap shooter with the Winnipeg Gun Club, and also raced his stock car "The Black Dragon" at Brooklands Speedway in Winnipeg.
John enjoyed both minor and professional hockey. He was a board member of Tuxedo Community Club and coached minor hockey in the area. He was a season ticket holder of the Winnipeg Jets highlighted by the opportunity to travel with the WHA squad for exhibition series in Moscow and Tokyo.
He was a member of the Royal Manitoba Yacht Club and enjoyed many summers with his family on the water.
John enjoyed his hobby farm near Woodridge, Manitoba - getting the opportunity to have fun operating (and repairing) big machines. He was also involved in snowmobiling in the area, known for hosting a hog roast fundraiser for the local snowmobile club during their poker derbies (using his own homemade cooker of course).
John traded in the tractor for a boat in the late 1990s moving to Pinawa Bay near Lac du Bonnet, where he enjoyed snowmobiling, boating and a little fishing - all while building many great things in his shop.
John was not scared to get dirt under his fingernails, and worked tirelessly to provide better opportunities and experiences for his family.
At John's request, a private family Celebration of Life will be held.

He will be dearly missed.

Words of Condolence may be left at
www.korbanchapel.com.