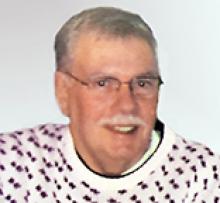 It is with sadness and sorrow that we announce the passing of Ronald Hawksworth on May 29, 2020, at the Grace Hospital, after a short hospital stay at age 73.
Ron is survived by his son Daniel and wife Andrea Reid; his brother and sister-in-law Bob and Gloria; sister-in-law Donna Kolbuck-Street (Jerry); sister-in-law Arlene Phillips (Brian); and niece Shannon Owings (Steven).
He was predeceased by his wife Helene (2015); mother Lillian Sturgess (1993), and his father Eric Hawksworth (1952).
Ron was born in Winnipeg in August 1946 and was a lifetime resident of the city. He worked for many years at the City of Winnipeg in the Assessment Department before his retirement in 1998. He spent part of his retirement working for Wine Sense and for over a decade was an avid wine maker. Though his later years were met with challenges from Parkinson's disease, he faced it with quiet courage and dignity until the end.
The family would like to thank the staff at the Grace Hospital for the care, respect, and comfort he got in his final days and the staff at River Ridge I Retirement Residence.
In lieu of flowers, friends are asked to simply remember the good times and make a toast over a glass of wine or a cup of coffee in his memory.
Cremation has taken place and the family will be having a private interment at a future date and time.