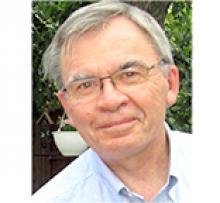 Peacefully on Thursday, May 28, 2020, Slavko's soul returned to the Father under the protection of the Mother of God.
Born in June, 1949 in Oldham, England, he immigrated to the United States with his family when he was a child. He grew up in Parma, Ohio, attending St. Josaphat School. The faith, learning and friendship gleaned in these formative years guided and remained with him throughout his life. Following the completion of his architectural degree at Case Western Reserve University in Cleveland, he served in the US Army after being drafted during the Vietnam War.
For over 35 years he worked as an architect in Cleveland and Winnipeg, designing and leading projects in Ohio, Manitoba and Ontario. In his spare time, he was often found at his drafting table at home, sketching or laying out upcoming projects around the house. As he always said: "you have to draw it out".
Both in Parma and Winnipeg he was an active member of his church, utilizing his talents to serve in many capacities. In Parma, he was a member of the advisory committee for the building of the St. Josaphat Ukrainian Catholic Cathedral. In Winnipeg, he served as the vice president of St. Andrew's Ukrainian Catholic Church parish council, and initiated the recitation of the rosary on Sunday mornings before Divine Liturgy.
Slavko was a man of faith that he imparted on others through example. Humble and sincere, he loved and cared for his family and friends. Embracing life and its gifts, he understood that his most important goal was eternal life. His faith gave him the strength to accept the crosses he was asked to carry throughout his life, especially during the past 14 months.
"Vuiko Slavko" was also active in, and keenly interested in, the lives of his nieces, nephews, godchildren, and the children of his friends. They brought him great joy and he connected with them at every opportunity.
His friendships, forged in childhood, were enduring and lasted a lifetime. His sense of loyalty was exemplified as a lifelong Cleveland Browns fan.
Slavko was predeceased by his parents, Stefan and Maria Semerak; and in-laws, Basil and Emily Konopelny. He is survived by his wife, Anna-Marie; sister, Oksana (Andy); brothers-in-law, Peter (Laura) and Christopher (Doris); nieces and nephews, Valerie, Nicholas, Stephanie (Zarko, Milena and Obren), Andrew (Nadia) and Dayna; and godchildren, Nick, Alexander, Valerie and Chrystia; along with family and friends in the United States, England, Ukraine and Australia.
Thanks are extended to family and friends for their prayers, support and help, particularly over the last few months. Thanks are also extended to Dr. Terry Babick, CancerCare Manitoba, and the Palliative Care Program for their compassion, care and support.
Special thanks are extended to Father Dmytro and the Redemptorist Fathers, and Sister Darleane and the Sisters Servants of Mary Immaculate for their prayers and spiritual care.
Due to COVID-19 restrictions, a private funeral service has been held. Pallbearers were Peter Konopelny, Chris Konopelny, Basil Galarnyk, Nestor Galarnyk, Mark Galarnyk, and Mike Matview.
If desired, donations in his memory can be made to the Lubov Foundation – Holy Family Home, 1085 Main Street, Winnipeg, MB R2W 3S1, or The Welcome Home, 188 Euclid Avenue, Winnipeg, MB R2W 2X4.