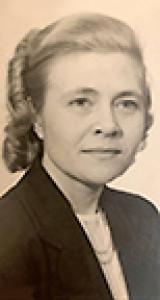 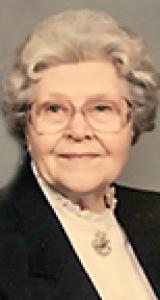 Elvira died peacefully, in her room at Donwood Manor, with Frank and Christine at her side.
Elvira was predeceased by her husband, Walter; her parents, Suzanna (Froese) and Franz Teichrieb; her sister, Annaliese; and her sister-in-law, Lilli Teichrieb.
She is survived by her children, Hedy (John), Elfriede (Frank A.), Nellie (Hardy), and Frank W. (Christine); her 13 grandchildren, Tamara (Marc), Stephanie (Terrill), Cynthia (Ken), Lukas, Haley (Tony), Alinea (Travis), Jacob, Amy (Ryan), Jaclyn, Ben, Cameron, Shannon and Kevin; and 14 great-grandchildren, Owen, Russell, Ruth, Juliette, Brielle, Silas, Jack, Eli, Kivrin, Cael, Arthur, Max, Josephine, and Veroniqué; and by her brothers, Arnold and George (Bettie); and numerous nieces and nephews, and their families.
Mum was born in Spat in the Crimea, the firstborn of Suzanna and Franz Teichrieb. At the age of 16, she started the long trek with her mother and three younger siblings, two of her aunts and their children; all the fathers had been taken by the Russian police. Leaving the Crimea in 1941, they arrived in Hohenbostel, near Luneburg, West Germany, about five years later. She arrived in Canada in 1947, a land of milk and honey. She married Walter Loewen, also a displaced person, in Winnipeg on October 4, 1952. Living through tumultuous times from the 1930s and through the Second World War, made an impact on our parents that would always be hard for us children to grasp, especially in the boom years of the 1960s.
Mum embraced her role as wife, mother, and homemaker. She loved being Walter's wife and our mother, and she enjoyed being a cook, a baker, a cleaner, a seamstress, and a hostess; and did all with skill, art, expertise, and efficiency. She loved being a grandma, and being able to share 10 years of retirement with our dad.
She loved her church family, and was a faithful Christian from her teen years till her death.
During this time of Covid-19, the family is planning a small, private graveside funeral.
We would like to express our gratitude to the employees and volunteers of Donwood Manor 2North, with special mention to Kris. What an amazing nurse and person! End of life years have so many challenges, and Donwood provided that personalized care and concern that our mother needed, even during COVID times.
In lieu of flowers, donations would be gratefully received by Donwood Manor Foundation, or Mennonite Central Committee Canada.