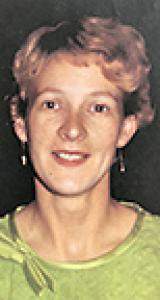 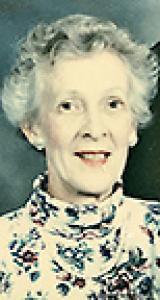 Peacefully, with her family by her side, Helen Danielson passed away at the age of 86, on June 16, 2020, after a lengthy and courageous battle with Alzheimer's disease.
She leaves to mourn her beloved husband of almost 52 years, Gordon; her children, Norman and Julie, and son-in-law Jim Kopnitski. She also leaves to mourn her sister June Marchant (Joseph Marchant, deceased) of Winnipeg, and numerous nieces and nephews. Mom was predeceased by her parents, William and Janet Orr.
Born in Hong Kong, China on August 5, 1933, Mom was the youngest daughter of William and Janet. William was stationed in Hong Kong as chief engineer of the S.S. Shuntien in the Royal Merchant Navy. Shortly before the invasion of Hong Kong by the Japanese, William arranged for the family's safe passage back to Scotland. William joined the war effort and was on duty in the Mediterranean Sea when his ship was sunk off the coast of Tobruk, Libya on December 23, 1941.
Helen was educated at Kowloon Junior School in Hong Kong, and then attended Glasgow High School for girls before enrolling in the Glasgow School of Art. After school Mom was employed as a commercial artist at the Electricity board in Glasgow. She immigrated to Canada in 1964 where she lived and worked in Winnipeg for Baker & Sons Printers, as a proofreader, before taking a position as secretary for Doctors Pearson and Beighton at their Winnipeg clinic.
Mom married Dad in 1968, setting up a home on the family farm. Mom loved life, fun and music. She was endlessly creative. Family births and celebrations saw posters, ceramics and various hand-made decorations. Mom spent hours painting, drawing, knitting, crafting and baking, but her biggest love was her family. Her loss after almost 10 years at the Arborg Personal Care Home was tremendous but we are certain she's now at peace.
The family wish to thank the nurses, doctors, aides, cleaning and kitchen staff at the personal care home who made Mom one of their "family".
In lieu of flowers, donations can be made to the Alzheimer Society of Manitoba.

"Speed bonny boat like a bird on the wing... over the sea to Skye"
Love you always, darling.

A private memorial will be held at a later date.