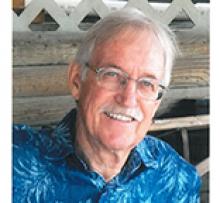 Peacefully, and with family at his side, Mitch passed away June 21, 2020, at the age of 82, following a two year battle with cancer.
Mitch is predeceased by his wife Beth, father Michael, mother Madge, sister Doreen, and brother Ed.
Mitch is survived by son Rich (Betty-Anne), daughter Patti (Greg); brothers, Lloyd (Mary), Ron (Diana), and Larry; granddaughters, Ashley (Kieran), Amber, and Jessica; great-grandchildren, Nolan, Sophia, Gavin and Chase; brother-in-law Dennis (Faye), and cousin Raymond (Connie-Lee).
Cremation has taken place and in keeping with Mitch's wishes, no funeral service will take place.
A celebration of his life will be held at a later date.
The family would like to extend their thanks to CancerCare Manitoba, and the entire staff of 5 North at the Grace Hospital.
For those so desiring, a donation may be made in Mitch's memory to Siloam Mission or CancerCare Manitoba Foundation.