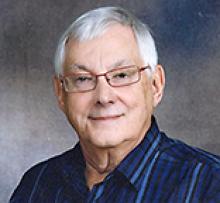 Gary Steven Paul Adamchuk, finished his journey on Tuesday, June 23, 2020. Predeceased by his parents, Steve and Olive and his wife, Florence Ruth, he leaves to remember him, his three sons, Dylan, Garett (Nikki), Jordan and grandson Wesley Adamchuk, his sisters, Sharon (Scott) Johnston and Debbie Adamchuk (Tony Karspinsky), his aunt Gladys Lyzun, his mother-in-law Tillie Drewlo, his sister-in law Donna Ottenson (Bert) and numerous nieces, nephews, and cousins.
Gary was born on August 18, 1942 and grew up in the west end of Winnipeg. He attended Daniel McIntyre High School, University of Winnipeg and finally the University of Ottawa where he achieved his Master's of Applied Criminology.
Gary found employment at Weston's Bakery and the Canadian National Railway during his educational years and eventually made his career with the Government of Manitoba in Probation Services. Gary had the ability to connect on a personal level with his clientele and was involved in the initiation of numerous new programs within Probation.
In 1973, Gary and Flo were married and embarked on 41 years of building a life together with their three sons in Windsor Park. This included Friday night movie nights, yearly camping trips to Falcon Lake, and many memories at the family property in Stead.
Gary's happiest times were with his boys and he took great pleasure in being with them and spending time together. We are so grateful he got to know his first grandson and enjoy the first year of Wesley's life.
Music was an integral part of Gary's life; if he did not have music playing, he was singing a song to himself, often creating his own lyrics to well known tunes. For many years, Gary's New Year's Day Tradition was taping the top 100 hits of the past year.
Gary's congenial personality, accepting demeanour and sense of humour led to lifelong connections with all those he met through the years.
We would like to thank the staff and Dr. Finnlayson at Seven Oaks General Hospital, fifth floor Unit 1 for the care they provided our dad.
Due to COVID 19 restrictions, a graveside service will be held on Friday, July 3 at 1:30 p.m. at St. Johns Ukrainian Orthodox Cemetery, 96135 Stead Rd. Pastor Jeremy Langer officiating. You are welcome to bring a lawn chair.
In lieu of flowers, donations can be made to the Alzheimer Society of Manitoba, 10-120 Donald Street, Winnipeg, MB R3C 4G2, Prince of Peace Lutheran Church, 930 Winakwa Road, Winnipeg, MB, R2J 1E7 or St . John's Ukrainian Orthodox Church, Stead MB, R0E 1Z0.