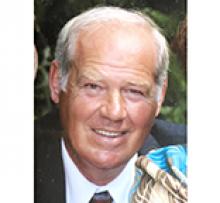 With great sadness we announce the passing of Dave on June 25, 2020, at Cartwright, Manitoba.
He leaves to mourn his passing, his wife of 49 years, Susan, daughter Lisa (Bruce) and grandson Kiptyn, sister Lorraine Colter; brothers, Lyle, Gary (Vi), Bryan and Herb (Marian); brother-in-law Carl Niemi, Aunt Florence Wilson, Aunt Ruth Smart and many nieces, nephews and cousins.
He was predeceased by his parents, Hilda and Lance; his youngest brother Lance, brother-in-law Barry Colter, sister-in-law Linda Niemi, sister-in-law Bonnie Ransome, brother-in-law Terry Hill and nephew Curtis Niemi.
Dave was born in Crystal City, Manitoba on May 22, 1946. He began his life and schooling on a farm near Star Mound, moving to Crystal City at about age 10. After leaving school he went off to Winnipeg where he took a barbering course and tackled many other jobs, the most fulfilling one being as a constable with the CPR police in the late 1970s. He married his soulmate, Susan Hill on August 15, 1970. They moved from Winnipeg to Cartwright in the late 1970s. Here he and his wife, Susan, operated Susan's Beauty Salon for 24 years. He also worked for the Village of Cartwright and RM of Robin in garbage collection and recycling program.
A public graveside service will be held at Cartwright Cemetery on July 15, 2020, at 1:30 p.m.
Donations in his memory can be made to the Cartwright and Area Foundation Inc., c/o Vince Haight, P.O. Box 114, Cartwright, MB R0K 0L0. Tax receipts will be issued.
Wheatland Funeral Services in charge of arrangements.