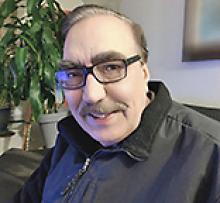 It is with great sadness that the family of Michael (Munawar) Mahmood announce his passing on July 5, 2020, at the age of 71.
Michael was a loving husband, brother, uncle and like a father to so many in his life. He was beloved by all those who knew him and touched so many people's lives with his light. He had a bright soul that radiated and exuded from him. He never took life for granted and lived his life to the fullest.
Michael was the first of his family to immigrate to Canada. He left home in Pakistan at a young age to pursue his dreams of living in the west. He loved to tell stories of his youth and his adventures that took him from one side of the world to another. He had many struggles along the way but that's what made his story even more unique. He never gave up and achieved all the things he wanted to in life and more. Michael was a self-made man and paved the way for future generations of his family and others in Canada.
Michael began his journey from humble beginnings and made his own way in life. He graduated from University of California, Berkeley with a double major in computer science and political science. He went on to work for IBM and eventually moved to Winnipeg where he launched his own IT services company named Data Integration Systems Company. His business ran for more than 25 years. His company provided IT services for various businesses and organizations including Special Olympics Manitoba which had a special place in his heart.
Michael enjoyed watching UFC, boxing and basketball. He had a passion for world politics and could always be found watching the news on CNN. Michael enjoyed fishing and spending time at his cottage.
Michael is preceded in death by his father Bashir, brother-in-law Azam, nephew Nouman, and his aunt Saffiya.
Michael is survived by his wife Valentina and his beloved pup Junior. His nieces and nephews, Nitasha, Haaris, Tayyaba, Sehar and Maheen; his siblings, Sajida, Shahid, Najma and her husband Saif; his elderly mother Surriya; his best childhood friends, Ishfaq, Pervez and Zafar; his friend from when he first came to Canada, Raj; and his friends, Brett, Pradeep and Traci, and Joel.
Michael was a man who filled any room he entered with his outgoing and vibrant personality. His laugh was booming and he had a smile that was contagious. He was someone who radiated warmth to everyone he met and left a positive mark on all those who were lucky enough to know him. The world has lost a vibrant and amazing soul.
Michael will be lovingly remembered by Valentina, Junior, Surriya, Nitasha, Haaris, Shahid, Najma and Saif, Sajida, Tayyaba, Sehar, and Maheen.
Funeral services and burial were held July 7, 2020.
Donations in memory of Michael Mahmood may be offered to the Heart & Stroke Foundation or to the Winnipeg Pet Rescue Shelter on their website or over the phone.