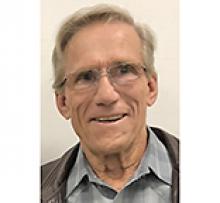 It is with great sadness that we announce the passing of Eric Warren Davies on July 3, 2020, at the age of 73.
He will be deeply missed by his daughters, Tammy and Shaunna (Troy); stepsons, David, Guy (Jess) and Keith (Leslie); grandchildren, Chelsea, Paige, Tyler, Matthew, Tyson, Madison, Jack, Holly, Haven, Josie Mae, Rachel and Stevie; and nephews, Chad (Pam), Todd (Melanie) and Reid.
Eric was born in Neepawa, Manitoba on December 18, 1946 and was raised in Kelwood.
He was predeceased by his loving partner of 32 years, Donna Mae Mulligan, his parents, Bill and Lucille and his brothers, Leonard and Bruce.
Eric received his Diesel Mechanic and Highway Tractor Maintenance Certificate from MIT in 1969 and became a Journeyman in 1974. He worked as a mechanic in Winnipeg and Lynn Lake, Manitoba. In 1975 Eric and his family moved back to Kelwood where he started his own custom grain hauling business, Davies Trucking.
In 1987, Eric moved back to Winnipeg and went to work at Gardewine North as the Fleet Maintenance Supervisor. A couple of years later, purchased land next to his dad's farm near Kelwood and continued to be a weekend farmer for the next 10 years.
His love of diesel mechanics continued throughout his life. He rebuilt many trucks and was always willing to lend a hand when someone needed help fixing a truck.
Dad made many lifelong friends throughout the years. We are very grateful for the support that so many of them provided him, up to and including his final battle with cancer.
As per Dad's wishes, there will be no funeral service.