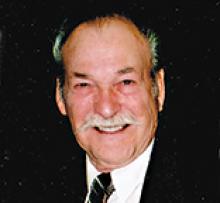 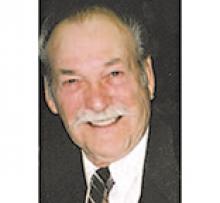 With a very heavy heart, I announce the passing of my beloved husband, George, at the Neepawa Health Centre. The sun was shining as we held hands, and he very peacefully passed to be with God.
George and I were introduced in 1971, and we were married on April 28, 1973, in Winnipeg.
George was born into a large family of eight siblings, and parents, Margaret and Albert Sidney Hazelwood, of Stony Mountain. In his youth, sports were a very big part of George's life. Years later, he became a member of the Royal Canadian Navy. After his service in the Navy, he joined the St. Vital Police Service. He enjoyed baseball, golfing, boating, curling and hockey, but nothing made him more proud than acquiring his private pilot's license, and owning his own Cessna plane. In 1973, we moved to northern Manitoba to work on the Jenpeg and Limestone generating stations, until completion in 1993. We then moved back to Neepawa, and in 1994, we took on the huge task of building a large retail space, which we called Hamilton Square. Together we founded Dynamic Parties, and ran our business until 2004. Today it is the Neepawa Town Office. George and I love road trips, near and far, and we travelled extensively throughout Canada and the United States. George was an avid reader. He especially enjoyed western pocket books, and never was there a crossword puzzle untouched.
George is survived by his loving wife, Margaret (Marg); sister, Doreen Stansfield (late Jim); sister-in-law, Audrey (late Michael); sister-in-law, Bernice Saj (late Michael); brother-in-law, Joe and Darlene Miscavish; sister-in-law, Pat Miscavitch (late John); and was deeply loved by countless nieces and nephews in both the Hazelwood and Miscavish families. He is predeceased by his parents, Margaret and Albert Sidney; sisters, Margaret Cooney (Bill), Gladys Nacinovich (Roger) and Louise Ferguson (Ed); brothers, Sid (Dora), Fred (Blanche), Alex, Michael; along with mother and father-in-law, Lou and Jessie Miscavish; and, brothers-in-law, Melvin, Dave and John.
He lived a good, happy life, and had a lot of fun along the way.

Breathe easy, George. As you were passing, my final wish for you was to have a good easy flight with a light tail wind, and a good soft landing.

A Celebration of Life will take place at a later date, and notification will be posted in the Winnipeg, Brandon and Neepawa issues.


With a heavy heart, I, Margaret (Marg) Hazelwood (Mscavish) announce the passing of my beloved husband at the Neepawa Health Centre. The sun was shining as we held hands and he passed to be with God.
Service announcement will follow at a later date. Full obituary will follow on Saturday, July 18, 2020 Winnipeg Free Press.
Publish Date: Jul 11, 2020