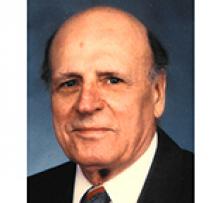 With great sadness and heavy hearts we announce the peaceful passing of Walter (William) Dressler early morning of July 13, 2020, at home.
Walter worked for the Teamsters until his retirement at the age of 58. Summers were spent working on the cottage at Lester Beach, playing golf at Pine Falls, the casinos and visiting family in the west.
Walter is survived by his wife Marlene (nee Bayko), his sister Violet (Don), and many nieces and nephews. Predeceased by his parents, Maria and John, sisters, Eleanor, Helen and Esther, brother Herbert, sister-in- law Marveleen, and brothers-in-law, Morris, Glen and Cecil.
As per Walter's wishes, cremation has taken place and no funeral service. His ashes will be scattered at a later date.