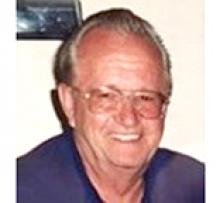 It is with sadness that the family of Randal "Randy" Stuart Hamm announce his passing on Sunday, July 19, 2020, in Brandon, Manitoba, at the age of 79 years, following a lengthy illness.
Randy was born and raised in Altona, Manitoba and was the oldest of seven children born to Jacob and Elma Hamm. He was predeceased by his parents and two sisters, Judith and Janis.
On November 25, 1965 he married Susan Enns and for a short while they made their home in Winnipeg, Manitoba where Randy took up employment as a glazier at Westmacott Glass. This is where their son, Jack, was born. Shortly thereafter they moved to Brandon, Manitoba and Randy became employed by Feed-Rite Mills until his retirement. He was a diligent employee, and at the time of his retirement, was recognized for having a perfect driving record.
Randy, Susan and Jack spent many happy times camping and boating in the Brandon area as well as The Pas, Manitoba where they enjoyed gathering with family members in what came to be known as "Our Family Cabin" (an old log cabin) at Clearwater Lake. We cherish many fond memories of Randy barbequing steaks and ribs for the family and many evenings spent in conversation and laughter.
Later, they installed a swimming pool in their backyard where they entertained family and friends throughout the years. Randy was a meticulous grounds keeper and, along with the help of Susan's green thumb, maintained a beautiful yard and garden. Both enjoyed the game of curling throughout the years and were avid baseball fans, spending many visits with family watching the Blue Jays.
Randy will be remembered by friends and family for his ready sense of humour and his enjoyment of spending time with friends and family.
Randy is survived by his wife Susan, son Jack and siblings, Wallace, Barbara, Karen and Gregory.
A private family service will take place at a later date.
Donations in memory of Randy may be made to the Canadian Cancer Society, 193 Sherbrook Street, Winnipeg, MB R3C 2B7.