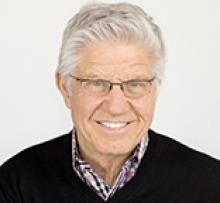 Sadly and suddenly, Gary passed away on June 25, 2020.
Gary leaves to mourn his wife Carolyn, his children, Scott, Allison, Sara (Mike), and Max, his grandchildren, Ben, Joe, Ava, Sadie and Zach, and his brothers, Randy, Tim and Rob. Also mourning his loss are his in-laws, Lila, Sherry (Joe), and Laurie (Terrie), as well as many nieces and nephews. He was predeceased by his mother and father Anne and Charles Bachman, and father-in-law Harry Stein.
Gary grew up in the North End of Winnipeg. He had many great memories of being surrounded by loving aunts, uncles and cousins. He was an unapologetic supporter of the city. He believed it was the best place in the world to live.
As a young man, Gary wore many hats - he was a short order cook at Sal's, a record rep, a boat show promoter and a band manager to name a few. In the mid-1970s he found not only his life partner in Carolyn, but his calling and passion for real estate. Selling real estate allowed him to tap into his love of people and the art of making the deal. His work ethic was second to none and quickly he built a reputation that lasted a lifetime. His tenacity and infectious personality made him an icon in the Winnipeg Real Estate Community. He was enormously proud of his career and was equally proud of the family he created at Century 21 Bachman and Associates. He will be sadly missed by his co-workers and clients alike.
Gary had many passions, first and foremost his family. Family came first - and he was the world's greatest grandfather. He was able to have a special relationship with each of his five grandchildren.
Gary touched the lives of many. He was larger than life - a huge presence, and the life of any gathering. He was a great storyteller and an even better joke teller. He will be sadly and profoundly missed.
Gary passed at the lake, his favourite place.