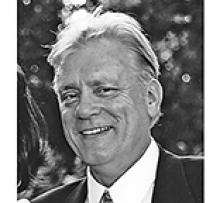 
On July 28, 2020, John passed away surrounded by family and listening to songs from his 77 years of life.
Survived by his big loving family - partner Aurelie, children Salim (Jaime), Camille (Ian), Raina and Matthew (Catherine), his beloved grandson Peter and siblings Mavis, Verna, Harold, Keith, Carol, Christine and David and their families; Zeeba and also his extended family on Aurelie's side; and the countless friends whom he embraced with much love as he did all things in his life.
John is joining his parents, Elizabeth and John, and siblings Joan, June, Betty, and Brian and many dear friends who are never forgotten.
A longer obituary will follow next week. The communities John belonged to have already put out some beautiful tributes in the meantime. Thank you so much for all the support and messages to us and to each other.
In lieu of flowers, please send donations in his name to the First Nations Child and Family Caring Society or any other community organization John supported.
A celebration will be planned in the coming weeks.
Publish Date: Aug 1, 2020