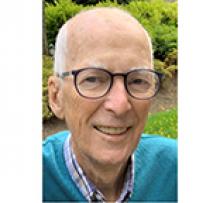 Peacefully on July 25, 2020 at Riverview Health Centre in Winnipeg, Ben passed away at the age of 86 years. He joins his wife and best friend Ellen (EJ) who predeceased him in 2017.
Ben was born in Winnipeg, to Edward and Olga (nee Jenkins) Lowery, the youngest of four (Edward, Mary and Patricia). He graduated from Kelvin High School and attended the University of Manitoba where he studied commerce. Ben married the love of his life on June 28, 1958 and they had a wonderful life together having two super amazing daughters, Su and Donna. Ben had a long and successful career in sales and marketing with Labatt's Brewery, Pollard Banknote and Scientific Games. Ben and Ellen moved several times with Ben's job(s), including Winnipeg, Vancouver, Toronto and London, England. They were fortunate to be able to take advantage of all the travel that was afforded to them through Ben's work, including Australia, New Zealand, China, Great Britain, Hungary, Austria, Spain, Portugal, Malta and Norway. Ben and Ellen retired to Victoria in 1999 and embraced the island life making many new and treasured friendships through the Newcomers, bridge, golf and St. Michaels.
Ben was a wonderful husband, father and friend. He was forever a gentleman and had a way of making people feel special and was always there to listen, talk, encourage and exchange stories. Ben and Ellen together were a wonderful couple and made lifelong friends wherever they went.
Ben returned to Winnipeg in the last year of his life with his two daughters by his side.
We would like to thank the staff at Brightwater Senior Living and all the doctors and nurses in the palliative care unit at Riverview Health Centre as well as everyone at the WRHA that supported his journey.
Ben is survived by his two daughters, Su and Donna. He also leaves to mourn his brother-in-law Ray, his nieces and nephews and their children, Debbie (George), Allan (Colleen), Ray's children, Dawn, Kristi (Mike), and their mother Patricia. A special thanks to our 'third sister' Allie for all her love and support.
Ben will be laid to rest with his beloved wife Ellen in Victoria, BC in a private service.
In lieu of flowers, we graciously ask that donations be made in the memory of Ben to the Winnipeg Humane Society, Alzheimer Society of Manitoba, or a charity of your choice.

To all of those that know us well...