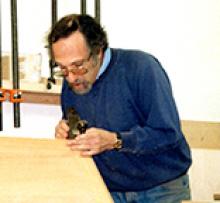 Though claiming to be "borne of an Oak Tree with an emerald in his belly button", Walter (Walt) Joseph Stein was born in Manhattan and raised in the Bronx by his mother Lillian, Aunt Naomi, and beloved Uncle Phil. At 16, Walt moved to Northern California to attend UC Berkeley. There he met his wife Gail, earned a PhD in History, and developed a lifelong commitment to free speech as well as an appreciation for a wide variety of mind-expanding substances.
In 1966, Walt and family immigrated to Gail's hometown of Winnipeg, Canada, to take a teaching position at the University of Winnipeg. Walt was much appreciated by his students - many becoming lifelong friends - for his dynamic teaching style and ability to bring history alive. He spent many years at the U of W in a number of positions including Chairman of the History Department, Director of Continuing Education, Associate Dean of Students, and Associate Vice-President (Academic) of the University. An academic author, Walt published numerous papers as well as a seminal history book, "California and the Dust Bowl Migration".
Above all, Walt was a seeker of excellence, discourse, and intellectual stimulation. Retiring from university life in 1995, Walt focused his curious mind on numerous pursuits, approaching each with enthusiasm and a thirst for learning. A meticulous master woodworker, Walt built many beautifully crafted antique reproductions for family and friends. He was also a computer nerd long before it was cool, building computers from the ground up and surfing the internet well before most people had even heard of it. As an avid musicologist and album collector in classical, rock and comedy, Walt's tastes ran the gamut from Bach and Verdi, to the two Bruces (Lenny and Springsteen), his finely tuned Hi-Fi epitomizing the very pinnacle of audio to this day. Having watched more movies than possibly anyone reading this, Walt also curated one of the most comprehensive movie collections this side of the Library of Congress.
In addition, Walt was a prolific reader, a potent winemaker, and an eloquent curse word poet (one had not lived until hearing him rail at a computer glitch, an idiotic newspaper headline, or a telemarketer calling at dinnertime). Words were always Walt's passion, and if there is an afterlife he is enjoying a rollicking debate with Uncle Al, Big Dave and George Carlin.
To all who loved, respected, debated, and occasionally infuriated him, please raise a glass of homemade wine or take a hit off your bong. And to those who did not get a chance to know him, we are sorry for your loss.
Walt is survived by his wife of 62 years, Gail, and his children: son David Stein and his wife, Leslie Stevens of Austin; son Aaron and his wife Debbie Stein of Kingsville; daughter Johanna Stein and her husband David Gassman of Los Angeles; three grandchildren, Joshua, Noah, and Sadie; and a dog, Enzo, who will miss the "nums" and peanut butter that Walt generously doled out to him.
In keeping with Walt's wishes, there will be no service. In lieu of flowers, please make a donation to The COPD Foundation or MARL (The Manitoba Association for Rights and Liberties).
Or simply go out and rail against the establishment. Walt would have liked that.