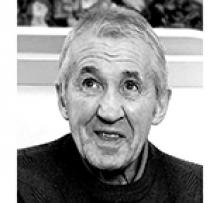 Born in Leeuwarden, Netherlands March 23, 1938, John grew up as a young boy during the Second World War. He was the youngest of four brothers. Along with his mother, father, and one brother, he immigrated to Canada in 1952. John loved soccer and played for the Flying Dutchmen, the Luxton Royals, and the Italinter team which played in the Western Canada Soccer League. He also enjoyed biking, bodybuilding, and his dogs. His 35-year working career was spent with CN Rail doing heavy outdoor work.
He was predeceased by his mother Anna, father Evert, brothers, Siep, Bert and Jeene, and sister Lamberta in infancy. He is survived by three sisters-in-law as well as nephews and nieces.
John passed away on August 3, 2020 at Riverview Health Centre. The family wishes to extend a heartfelt thank you to the exceptional medical staff at St. Boniface 5th floor E wing and Riverview 3rd floor E wing.