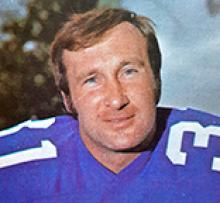 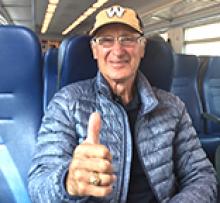 Gene Lakusiak was born in Rossdale, MB on June 1, 1942. After a long journey with dementia, he passed peacefully at Riverview Health Centre in Winnipeg on Wednesday, July 29, 2020 at the age of 78.
Predeceased by his parents, Mike (1994) and Mary (2013), as well as sister Patricia (1996). Beloved husband of Lynn, and loving father of Scott (Marie) and Corey Jill. Cherished Papa of Mekhi, Jeremy and Jenna. Treasured big brother of Ron (Ellen) of London, ON and special uncle to Michael, Christopher, Garret and Trevor.
Gene's family moved to Sarnia, ON in the fall of 1955 where Gene distinguished himself as an exceptional multi-sport athlete. He was scouted by the Detroit Tigers and the Chicago Blackhawks but chose to pursue his education with a football scholarship to the University of Tulsa, Oklahoma as their starting fullback and placekicker. A highlight memory for him was his kicking off the first league football game in the Houston Astrodome in 1965. Upon graduation, he entered the CFL as an Ottawa Rough Rider in 1967 then seven seasons as a starting defensive back for the Winnipeg Blue Bombers, selected as a Western Conference All-star and Outstanding Canadian on the Bombers.
Gene was a dedicated role model both as a teacher and coach, who always got the best out of his students. In his last 18 years of teaching at Tec Voc High School, he created an intramural and a leadership program geared for the average student to keep them engaged in school. Many have shared that his influence made a positive difference in their lives. Gene was a kind man of few words who left anyone with whom he interacted, a better person for it. He was happy to be in the background and simply offer his steady presence as service to those around him.
Gene and Lynn met on Canatara Beach, Sarnia, in 1965, love at first sight, when they silently shared a popsicle which sealed the deal for a committed, happy married life of 53 years. For 30 years, he poured his energy into the family cottage on Freestyle Island, Lake of the Woods, where his champion spirit will always be "the diamonds on the water".
Our gratitude to Gene's care team at Riverview Health Centre.
A Celebration of Life will be held when restrictions lift. Condolences to ejcoutu.ca.
To support Riverview Health Centre and Blue Bomber Alumni, donations may be made to Cycle on Life 2020 "Gene's Ride" http://give.rhc.mb.ca/goto/genelakusiak